June 18, 2011:  It’s been a bit windy lately but the fishing has been good!  We had one real good rain storm but other than that it’s been pretty dry lately.  We’ll likely get a bit more rain tonight as a system is passing through later.  The Lake Trout are starting to go a bit deeper, I’ve had reports of about 30 feet so just a bit of weight will do, one or two ounces as most.  The Walleye and Pike are both feeding pretty good but we’re getting a lot of big follows to the boat, so make sure to be standing and watching with your polarized sunglasses.

The staff is getting along really well, the new guys are great (now that I’ve weeded out a couple of duds) and the kitchen staff couldn’t be better!  A couple of familiar faces who were not expected to return this season are back as well, Rob, Dillon and Nick will be helping us out when we have a full camp.  Dillon will only be here for a 5 day group in late June, but I think they will be excited to see him!

I went to Aswap to replace a water pump last Sunday and just like the week before, the guy had already landed a huge Pike within sight of the camp!  This one wasn’t right off the dock and it was only 45 inches….right only 45!

The Brook Trout are not cooperating so far.  In 3 visits we only have a total of 10 Brook Trout landed and 3 of them were from Tom and I when we went to set up.  The extra high water level is making it much more difficult to find them, hopefully my fly fishermen coming in next week will have better results.

Here are some great pictures from this past week: 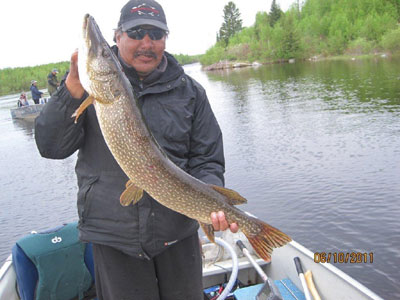 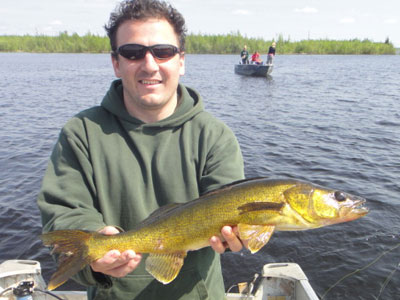 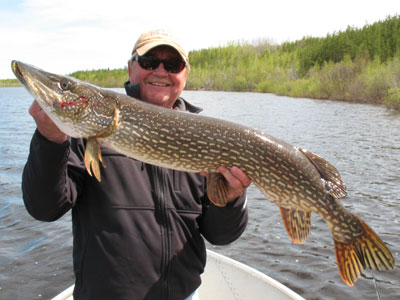 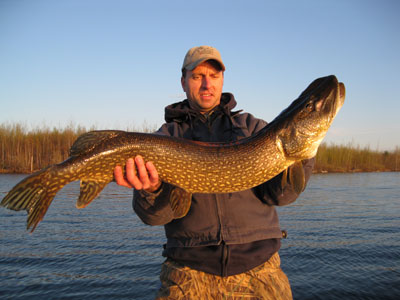 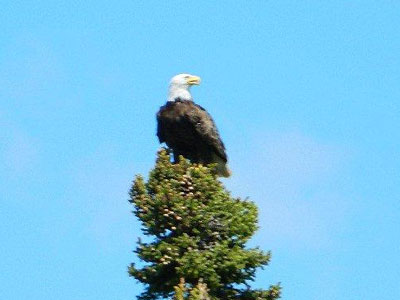 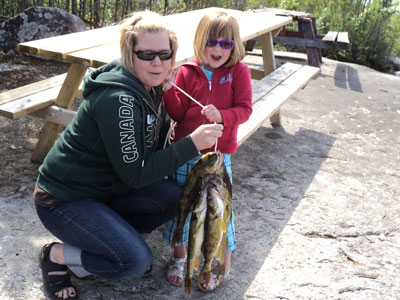 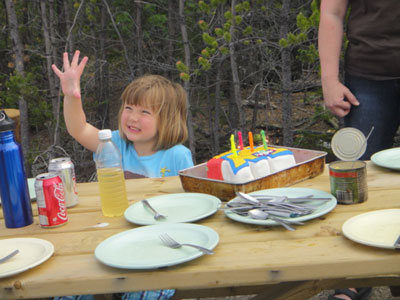 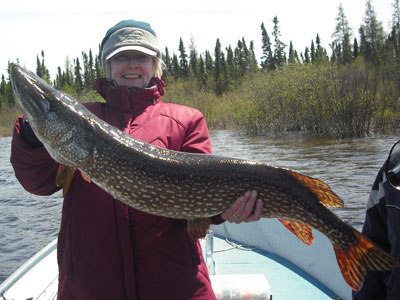 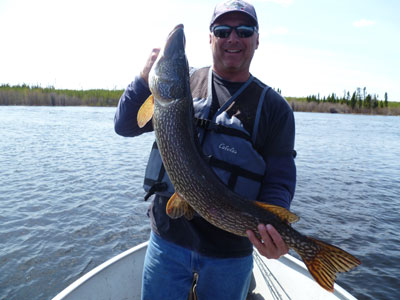 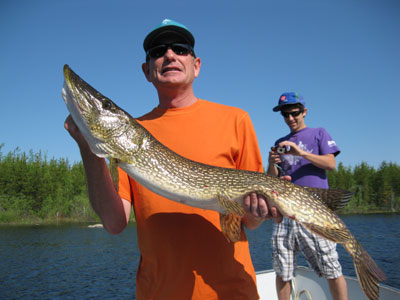 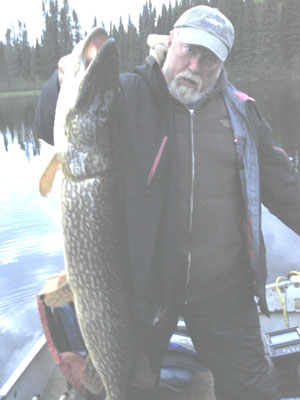 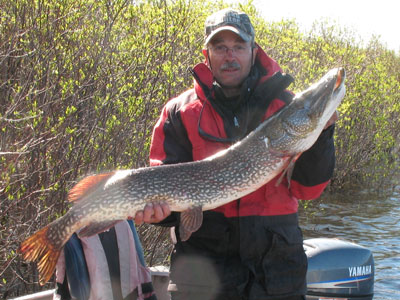 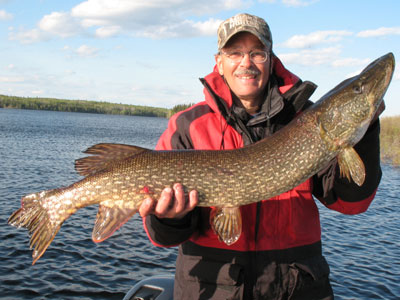 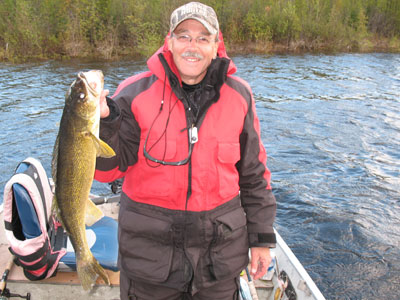 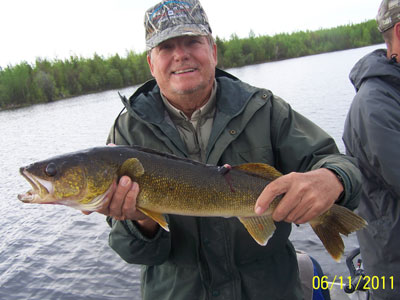 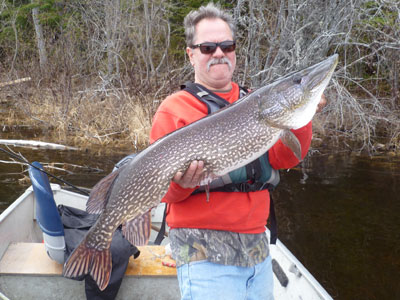