June 11, 2011:  The weather has been too nice to be in the office doing a web update, and it takes time to get the camera cards from the guides and guests to get the pictures for the update.  June has been nice and warm with little rain so far.  The water level is slowing dropping but it’s still much higher than normal.  With this nice weather I keep expecting a day with 10 trophies but instead it’s been consistently just average days of 2-5 trophies.  The big day will hit soon, probably just before a new weather system moves in.

Joint Lake and Aswap continue to produce trophies each week.  Some bigger Walleye, Lake Trout and Pike at Joint Lake and lots of big Pike at Aswap!  We’ve only been to the Brook Trout River once this season since Tom and I set it up.  The guys caught 4 Brook Trout and missed a bunch more.  The water is high on the river as well and the guys were using flies, spoons probably would have worked better since Tom and I had 3 Brook Trout in 20 minutes using Cleo’s.  We’ll see what happens on the river the next time we’re there, I don’t think the 4 fish day was a good indication of how it’s going to be.

The Lake Trout are still shallow here at Bolton.  Two days ago 6 or 7 Lake Trout were landed below the East Rapids including 2 trophies and yesterday 6 more were caught on top of the East Rapids and 7 more below the rapids so guys are catching them casting spoons!  The biggest Lake Trout we’ve seen was on the line a few days ago at the rapids, it was too big to fit in the net so in the end it got away….and we have very big nets!!

Almost forgot to mention, last week while the guys at Aswap were waiting for the float plane, they landed a 47.5 inch Pike off the dock!!!  That’s the biggest of the season so far! 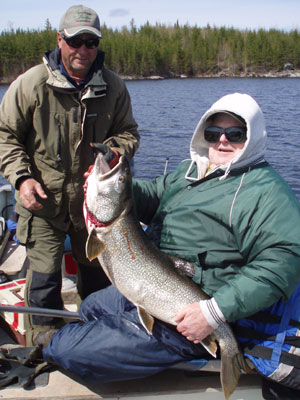 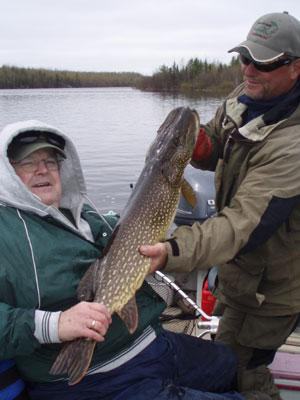 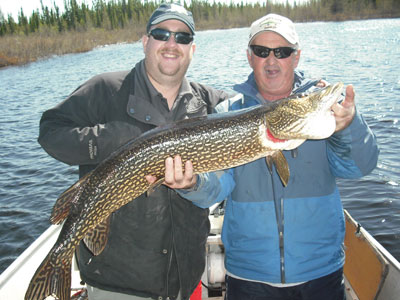 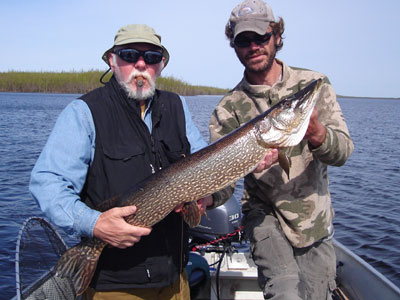 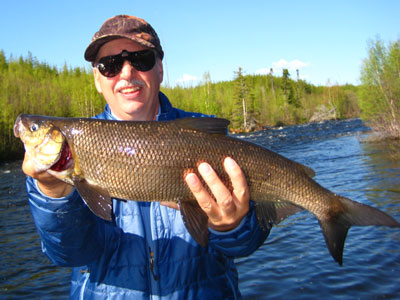 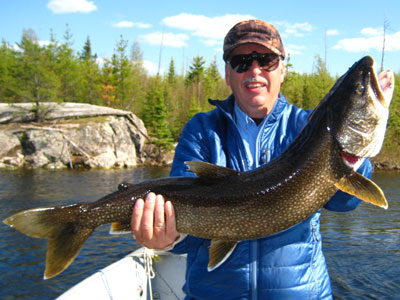 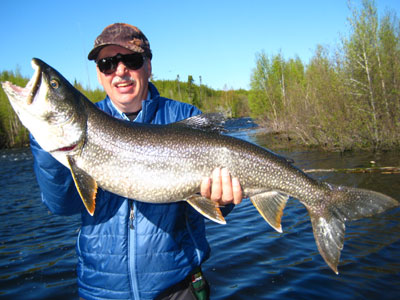 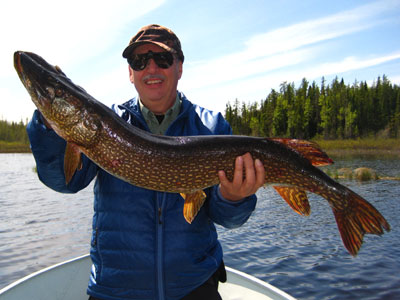 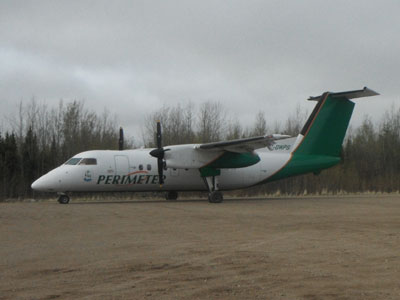 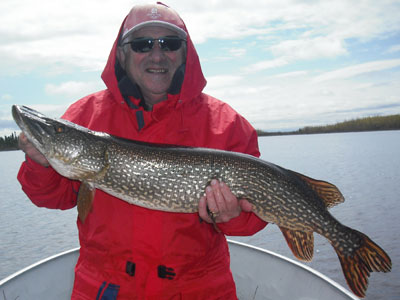 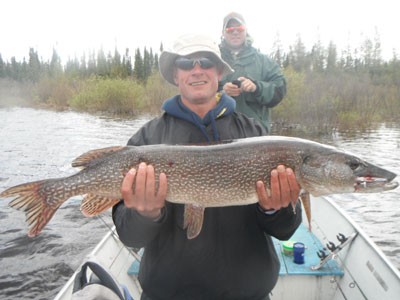 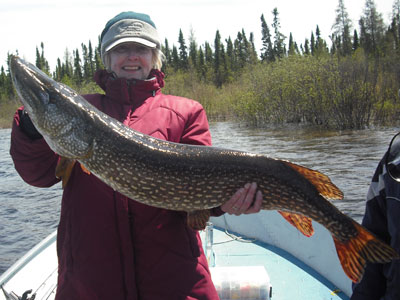 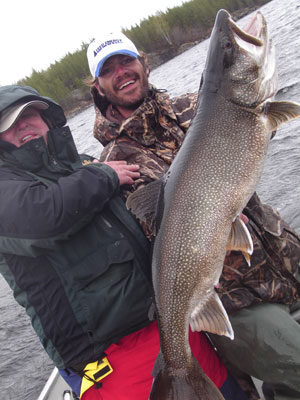 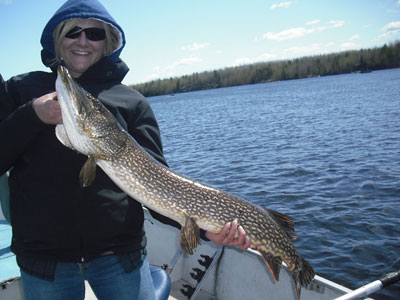 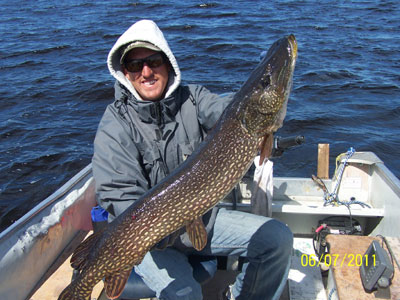 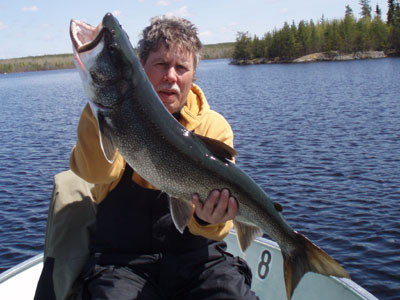 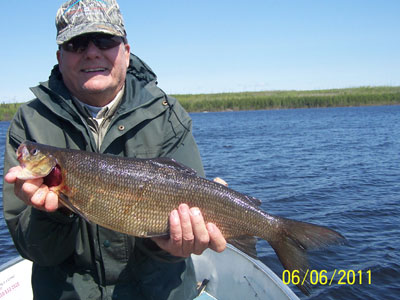 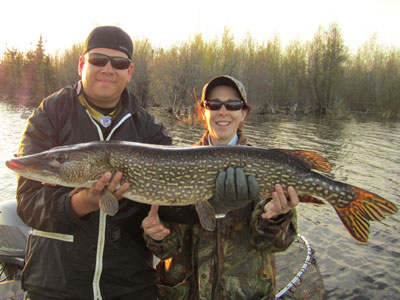 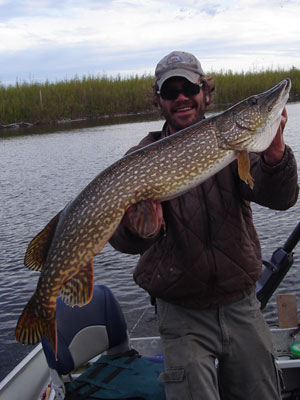