So it’s been a while since I’ve posted on my page as I’ve been doing fairly regular Facebook posts but for those who are not on Facebook, here’s a big update on what we’ve been up to.  Last season we struggled with excessive rains which made our runway unusable on at least 6 days when we needed to bring in airplanes.  So I spent $150,000 on equipment and building a winter road to get some more loads of gravel on our runway.  Unfortunately, one of the key pieces of equipment did not make it to the lodge as the ice conditions over the winter would not have handled the weight of that loader.  With some of my older equipment and the use of some of the new equipment brought in this winter, I’ve been able to add 16 loads of gravel to our runway.  It’s helping, but it’s still not perfect.  Heavy rains will still make our runway unusable this year, but we’re hoping to improve our drainage on and around the runway so that we can withstand some rain.  I’m now rebuilding an older Case 450 loader that has been here at the lodge for years so I won’t be able to add any more loads of gravel until that work is done.  I have a new radiator coming, a new starter, a new alternator, a new track, chain, chain tensioner, a giant spring and 3 new rollers.  Hopefully that gets this thing back in order to get more loads of gravel onto our runway.  The gravel screener we brought in this winter is working fantastic, the gravel we’re getting is very nice and clean so the 16 loads I’ve added to runway have been very nice loads.

When we arrived at the lodge in early May this year, the water was very low.  We had difficulty finding safe places to land and park the float plane as our docks had either rocks around them or were just to shallow to get the plane to.  The water has come up over 18 inches since the spring but it’s still a foot low.  It’s been a very dry season so far this year and there are forest fires all around our area right now but we’re getting some rain today so that should help with the fire situation.  The lakes and rivers in our area have been extra low all season so we only just set up our Brook Trout river this past week.  Two groups have had a chance to fish the Brook Trout river so far this year and with the low water it’s very easy to find the Brook Trout.  The first guys landed 32 Brook Trout with 9 of them being 20 inches and larger (Master Angler size) and the 2nd group landed 45 more Brook Trout which is close to our camp record!!  A normal day is catching 12 – 18 Brook Trout, so this year is an exception so far!

Our Pike fishing was a bit off this spring with many of our spring bays being too shallow to fish but it has really picked up now!  There have been multiple trophy Pike caught every day over the past 10 days!  The big Walleye have been pretty good lately, tons of 25 – 27 inch Walleye and literally hundreds of Walleye every day are being caught and released!  The Lake Trout have started go deeper since it’s been hot and sunny for most of the month, but we’ve landed some real giants already this year!  Big Bulldawg lures are still producing the best for big Pike, but I would also use a Mepps Giant Killer any time I want to catch good numbers and get a chance at a big one.

Our perfect 100% success rate on spring bear hunts was finally broken this year.  One hunter was targeting a specific bear that just would not show up when he was in the stand and he fished more than he spent time in the stand so it was not in the cards this year.  Some great bears are on our radar for next season including a tank of a cinnamon bear that showed up late on the trail camera.

Here are some pictures of our big fish of the year to date, enjoy! 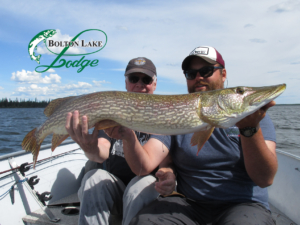 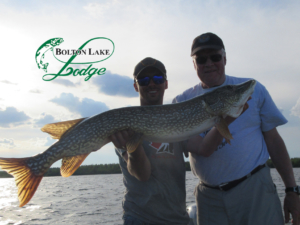 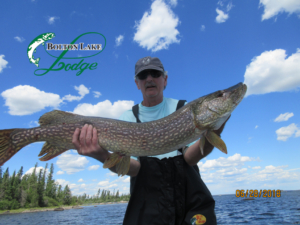 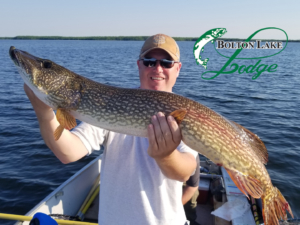 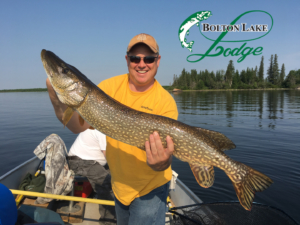 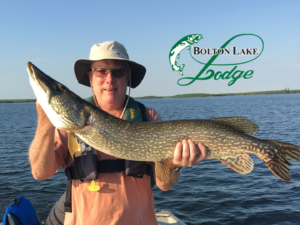 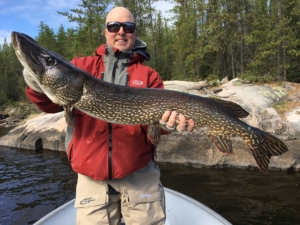 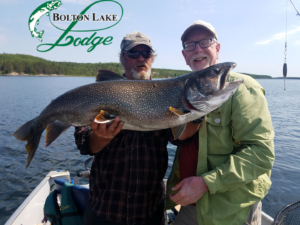 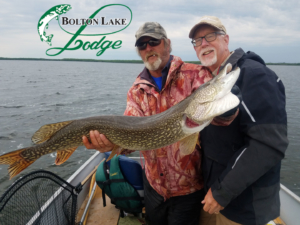 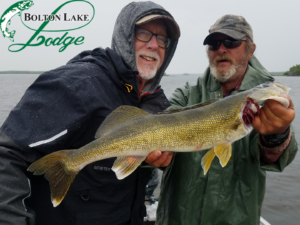 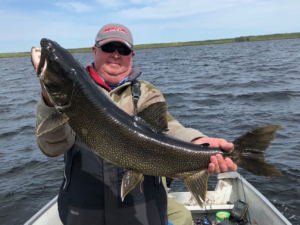 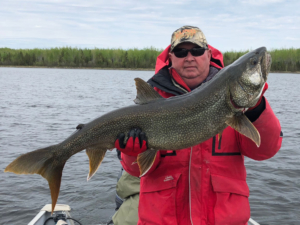 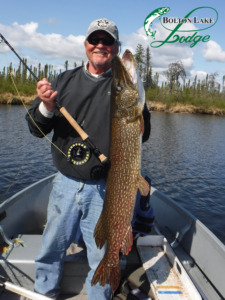 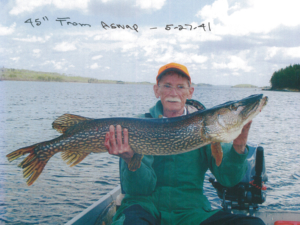 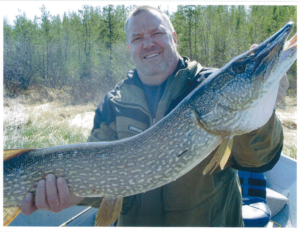 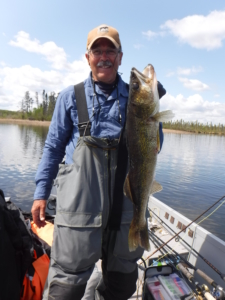 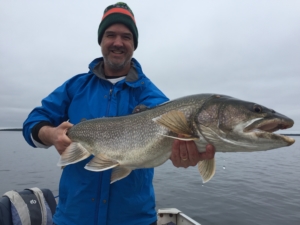 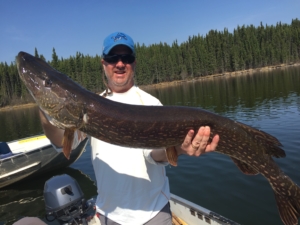 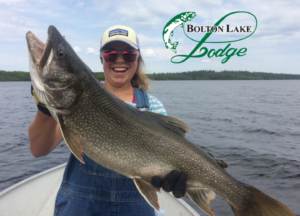 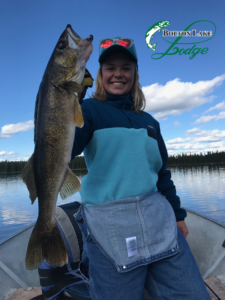 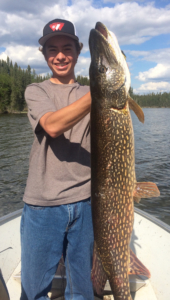 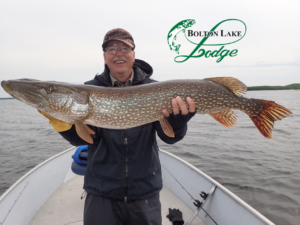 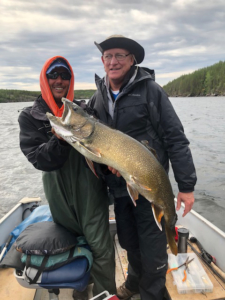 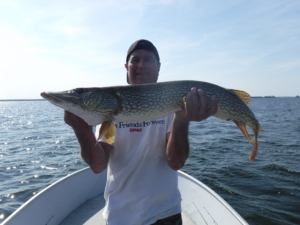 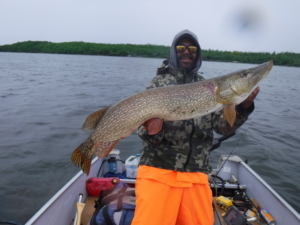 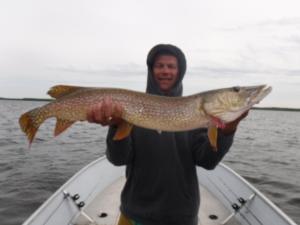 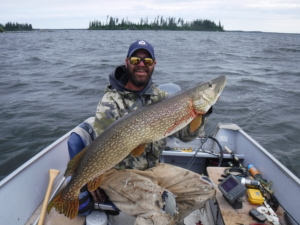