October 16th, 2012:  Fall is such a great time of year!  The lodge is all closed up for the season and we’re back home with family and friends.  We can now take some time to look back on the season and reflect upon our triumphs.  Everybody we run into at this time of year always asks how was the season?  With the incredible fishing and fantastic weather the season has to be considered a complete success.  Fishing is what we do and that part of the business this year was better than ever!  We had some challenges with airplanes, but in reality that’s part of the business as well and we just have to work through those issues and keep moving on.  Luckily the problems were only temporary and now we’re past those issues and we’re already moving forward.

I spent the past few weeks back around Bolton Lake and God’s Lake moving First Nation’s groups out to more remote lakes for their traditional moose hunting.  I flew the Cessna 206 into a dozen different lakes and flew moose out of almost every one of them as well.  It was hard work but it was great to see the First Nation’s people getting out to do their traditional hunting trips and make use of every bit of those moose.  I don’t even want to say the parts of the moose I was flying back to the First Nation’s communities but one day I’m going to have to try moose tongue soup to see what I’m missing.  Tom and I also took another nice moose at Bolton Lake this fall.  When I had a couple of days off from flying and the weather cooperated I flew back over to Bolton Lake to spend some hunting time with Tom.  It didn’t take long because he knew where a cow and calf were living and it was just getting the right set up to call and get that Bull to show himself.  Tom was again the shooter on this one because I went around the corner to cover a bit more area and I wasn’t gone for more than 45 minutes before I heard the shots.  Next year is definitely my turn to shoot!  I had a couple chances to fill my tag as well later on but I knew we already had a pretty full airplane going back home so another moose would not have fit.  We had plenty of meat with Tom’s bull so we just scouted around and saw a few other moose but I didn’t get a good opportunity on either of the Bulls we saw.

The newsletter is printed and will be on the way within a week!  Jodi and I spent yesterday stuffing newsletters into envelopes and addressing them all, we just have a bit left to do today and then I’ll drive down to North Dakota to get them into the mail.  If you are not on our mailing list and you would like a free copy, just send us an email with your home address and we’ll send one out right away. info@boltonlake.com

So the rest of the fall will be spent on the phones and email, getting a bit of hunting and fishing in, taking a vacation and then it will be winter and sport show season for us.  As always many dates are already booked for next season but we also have many holes to fill in so please do not hesitate to call or email if you are considering a trip for 2013. 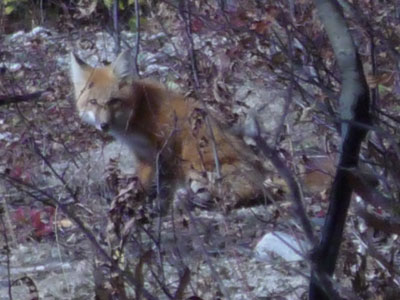 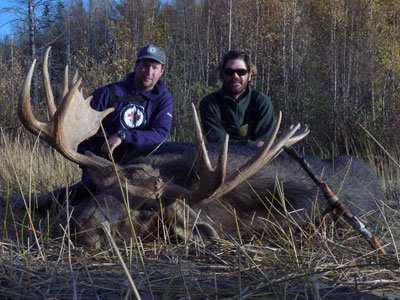 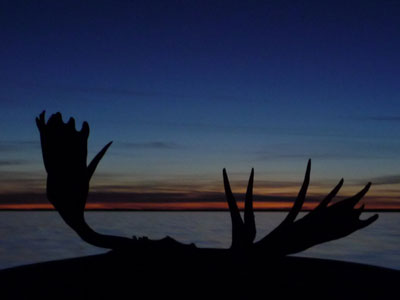