March 1st, 2013: Wow, it’s been a long time since I’ve done an update on this page!  I’ve been using Facebook for quick little updates, if you’re not following our Facebook Page, check it out here:  http://www.facebook.com/pages/Bolton-Lake-Lodge/229365363798  Once we get to 2000 followers, I’m going to randomly pick a winner for a trip for 2 at Bolton Lake Lodge!!

HUGE NEWS!!  THE NEW BOATS ARE IN CAMP.  Tom and I spent almost 3 full weeks up north breaking a trail and towing in the new boats with snowmobiles and Bombardiers.  See below for pictures.  We are going back to the lodge next week to get the quad out of the bush and into camp and to clean up some of the stuff we ran out of time and energy to take care of at the lodge.  It was so cold that last day and we were so rushed that I ended up with pretty bad frostbite on my fingers and toes.  My toes are completely fine now but I still don’t have feeling in a couple of my fingers, just at the tips so I’m sure it will be fine.  We spent 2 nights winter camping out on lakes with a portable ice fishing tent for shelter, a propane heater for heat, cots and sleeping bags.  It was rough to say the least but an interesting experience.  The most concerning part was that heater, we were both scared of being gassed to death and never waking up.  We spent a few more nights at the lodge in the main staff cabin, but it’s really not well set up for winter operation.  Of coarse there was no water, but the main problem is that it’s not well insulated so we needed our oil heater, the oven, the propane heater and two electric heaters running to get the chill out.  If it wasn’t windy then we could shut some of the heat off in the cabin, the gas heaters were the first to be shut down for safety sake.

We started our trek to the lodge with boats on January 26th.  We had trouble with a rented 5 ton truck but made it to Norway House early on the 27th.  We continued down the winter road 75 miles from Norway House to Stevenson Lake and unloaded our snowmobiles.  From there we made it across Stevenson Lake and on to our trail the same day.  We broke about 20 miles of trail that day and considered it a success.  We snowmobiled back to the truck and then back to Norway House late that night.  The next day we did the same route again, made it as far as we had the day before and figured we would have a relatively easy ride the rest of the way into camp from there.  We were wrong, we spent the rest of the day stuck in deep snow and could not make any further progress with just our snowmobiles.  Back to Norway House again, and then back to Winnipeg the next day to come up with a new plan.

On our 2nd attempt to get to the lodge, we were informed that the semi that could haul 10 boats at a time was not going to be available this year.  We loaded up 2 boats on 2 trailers and took our snowmobiles north again.  I made arrangements to have the rest of the boats brought up to Stevenson Lake one by one with a contractor who was building a bridge across a river because this winter road will some day be an all weather road.  We went to their camp a bunch of times to get those boats and to get the Bombardier M7.  This track vehicle was awesome, it didn’t matter if there was slush, trees, creeks, deep snow or anything, it would just keep right on going!  We rented the M7 from the same contractors building the bridge so it was nice to not have to travel very far to get the equipment for the job we needed to do.  We had some mechanical problems with the M7, the starter quit working, the choke lever broke, it did not start well on real cold mornings especially without choke, and towards the end it was overheating without even getting hot if that makes any sense.  Luckily I was able to jump the starter on the solenoid and we were able to get our trail built and most of our boats towed in with this unit.  Once we had our trail built, we fired up our Bombardier that has not been used for a few seasons.  It ran fairly well but it liked to overheat once in a while too so we would have to let the machines rest every now and then.  After getting 8 of the 12 boats into camp we returned the M7 to the contractors and picked up our last couple of boats.  We towed the last few boats with our snowmobiles but still managed to get stuck a few times along the way.  The slush spots from before were now frozen but the ice that was left behind left no traction so we had to fight our way through those spots.  The quad would not pull behind the snowmobiles.  I built a special sleigh for the quad and tested it at home but this quad was just too heavy.  We tried putting the quad in a boat (easier said than done out in the bush with just 2 guys and minimal equipment) but then the boat was too heavy for the snowmobiles to tow.  My new plan is to go back with the parts and tools to fix the quad in the bush and try to drive it into camp down the trail…it’s possible but who knows what will go wrong with this plan.

The most important thing is that the new boats are in camp, I only missed one sportshow in Minneapolis to get it done and I think we can get the quad into camp this year so it should all work out in the end.  The new snowmobile I bought specifically for this job might not stay in camp once we’re all done, I need a ride out in the end but we’ll get it up there one of these days.

In other news, we still have a few great dates open at our outpost camps for 2013.  Last year the outposts were booked solid from the beginning of the season until the end but the sportshows were not good for me at all this year so I still have some open dates.  I might drop all sportshows next season and put my marketing dollars into more web based promotions and advertising.

We also have a few holes to fill at the lodge, if you’re considering a trip, please do not hesitate to call or email and we’ll work out some great deals!  Yes, the rates have gone up this year but we just spent over $100,000 in boats and motors and another $15,000 to get them into camp!  It’s all worth it in the end to keep our equipment in top shape!  We would like to spend a bunch more money later this season building a new cabin at Aswap Lake, but if the bookings do not improve we will have to wait another year. 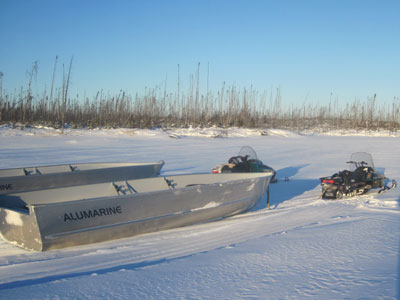 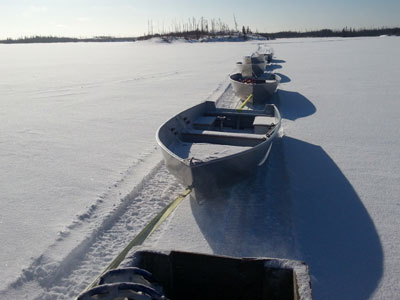 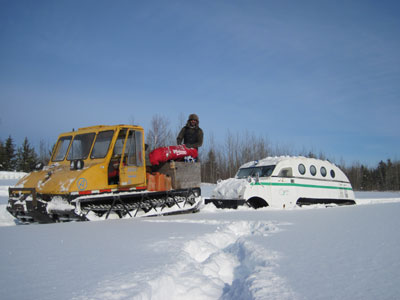 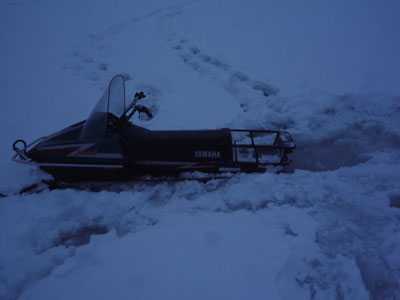 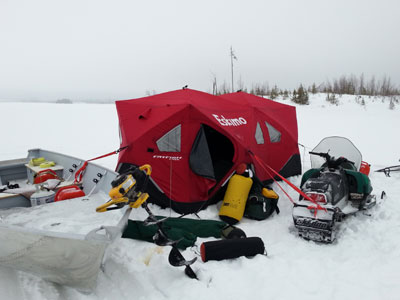 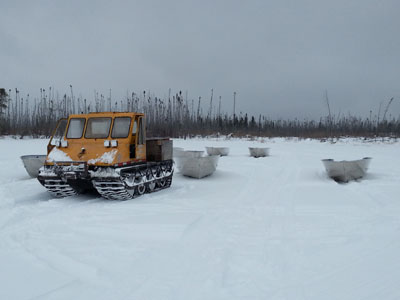 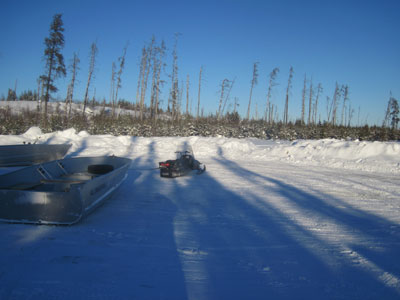 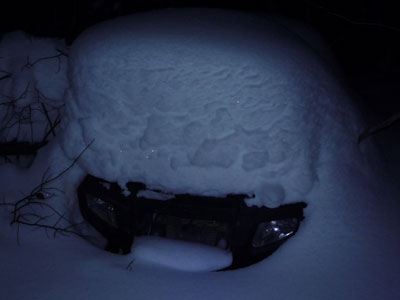 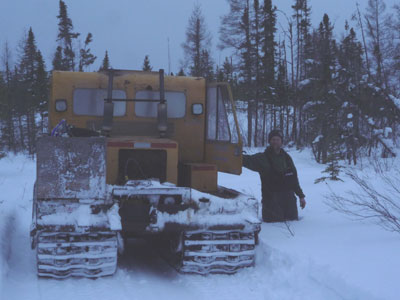 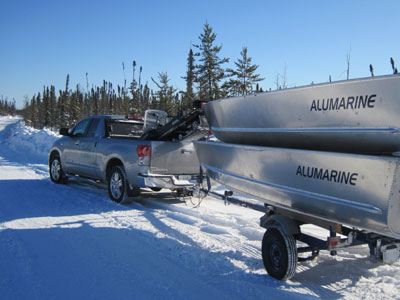