June 12th, 2013:  Another great 10 days of fishing!!  It’s been raining for the past couple of days but before that we were enjoying 80 degree weather with little wind.  The rain is somewhat welcome to help keep any potential forest fires from starting up and to help bring the water level up just a bit more.  The water has come up to a normal level but it’s still a bit lower than I like to see.

Our first couple of groups at the outpost camps had tremendous fishing with many trophy Pike at Aswap and a few more at Joint Lake.  Joint Lake also produced some trophy Walleye so there was a great mix!  The trophy Walleye are on the raise already this year here at Bolton Lake, we already have 2 thirty inch Walleye on the board, along with a bunch of 28’s and 29’s!

A huge Lake Trout was landed earlier this week, see below for the picture!  The lakers are still shallow but with those hot temperatures and tons of sun they have already started to move a bit lower in the water column.

We had great success with our bear hunt again this year.  Three of the four hunters took home beautiful bears and the fourth hunter took a shot at another big one but there was no blood to be found anywhere while attempting to track it.  So our 100% success rate is still there sort of, even though this is the first time a hunter leaves without a bear, he still had a shot.

Enjoy the new pictures from this week: 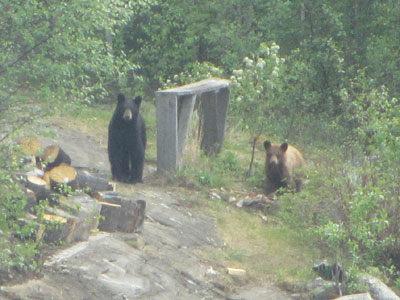 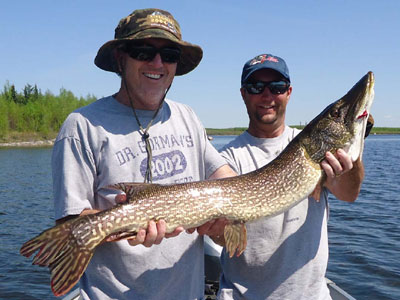 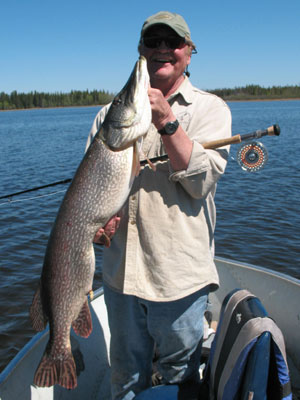 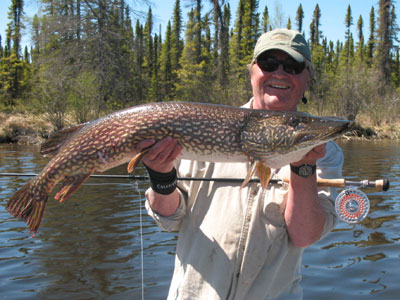 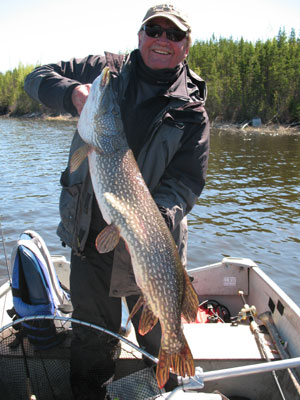 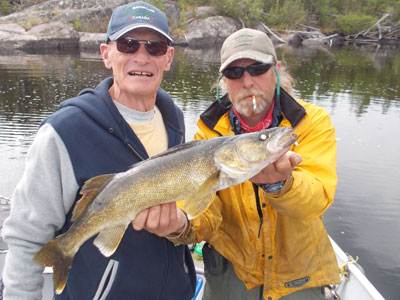 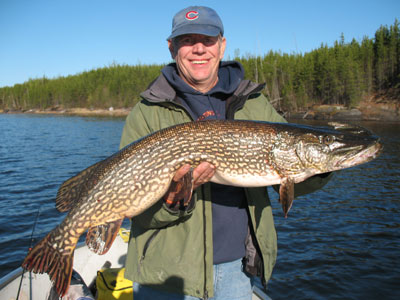 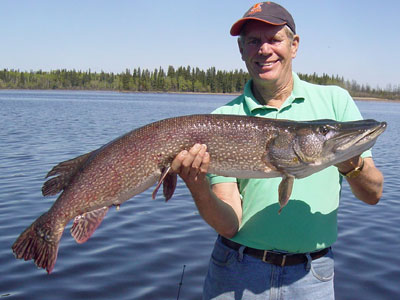 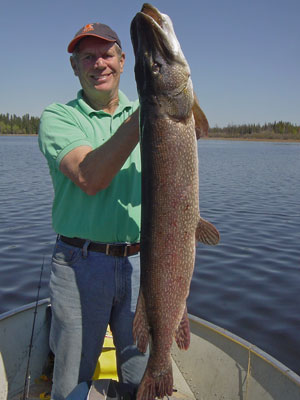 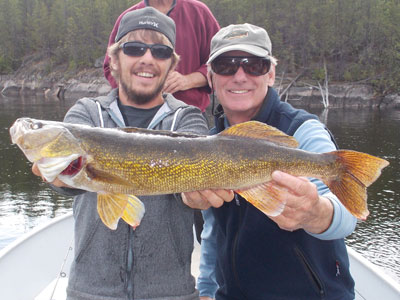 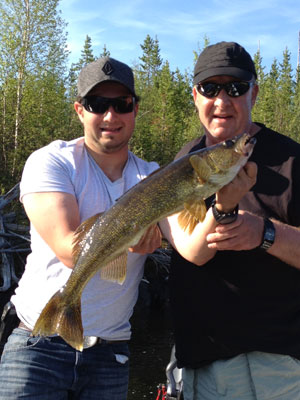 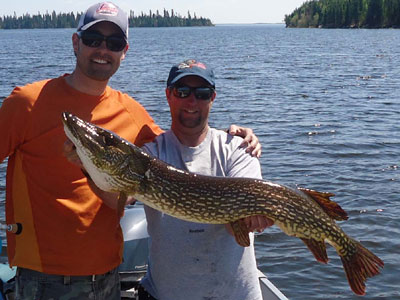 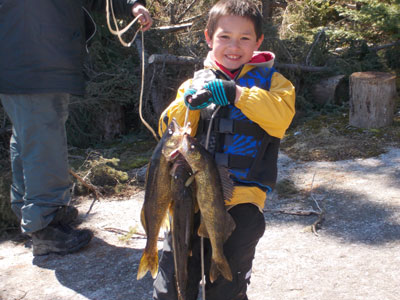 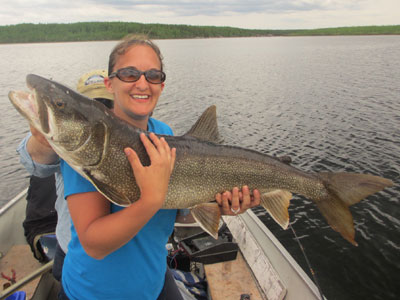 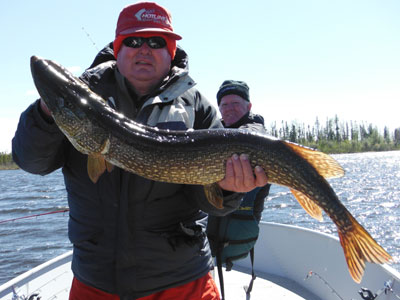 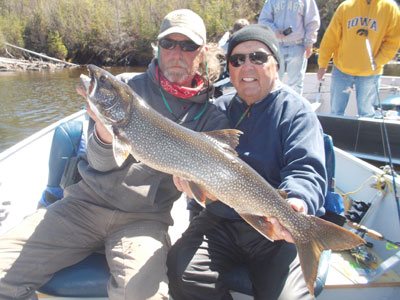 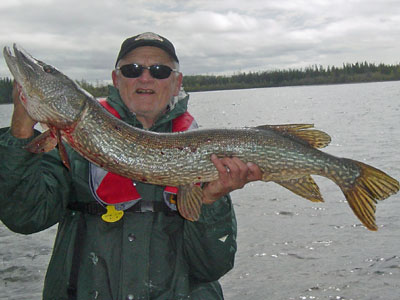 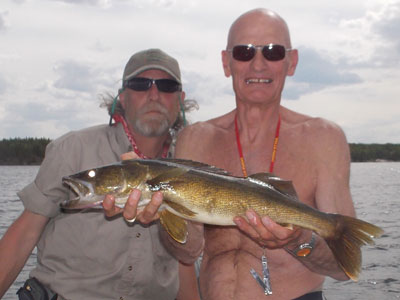 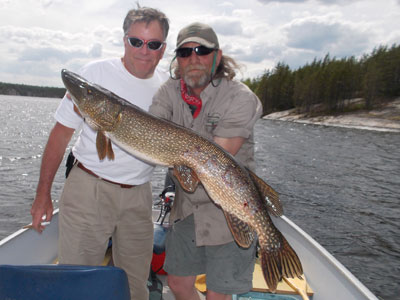 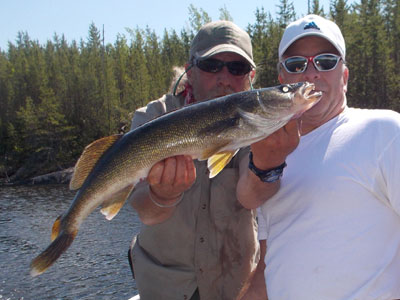 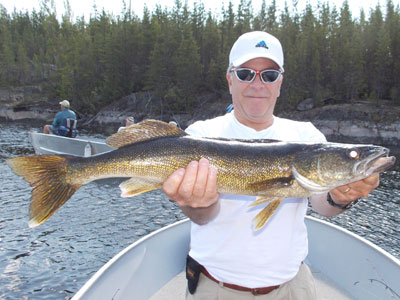 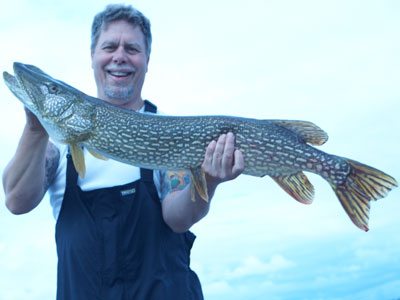 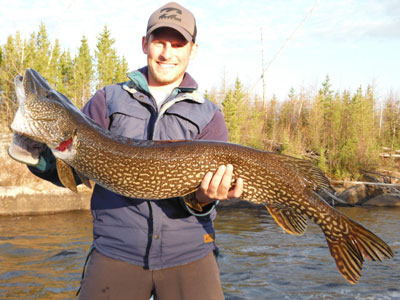 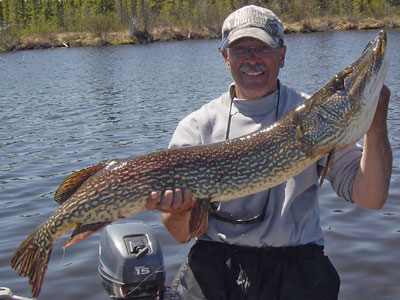 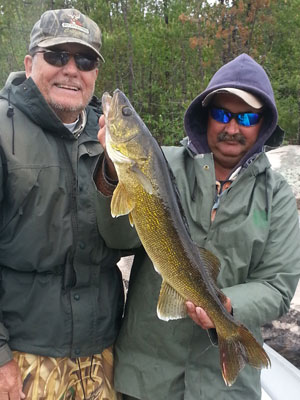 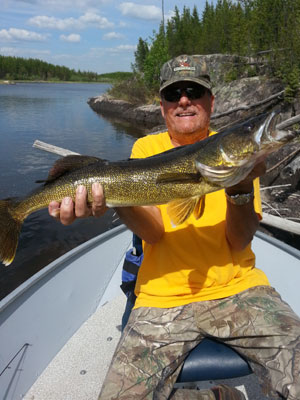 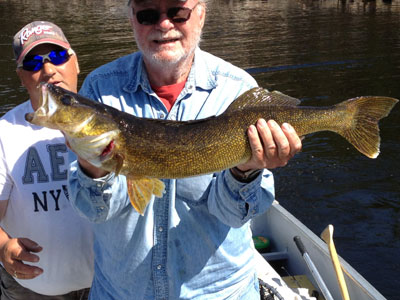 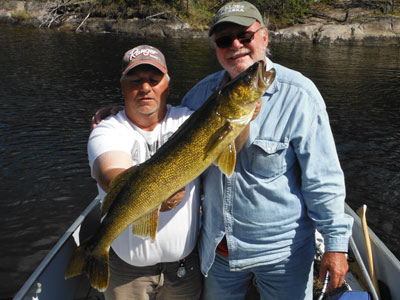 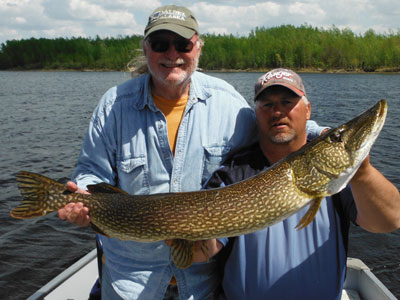 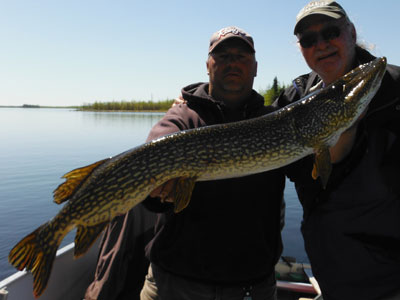