July 19th: What a great week we just had!! Two 46 inch Pike, a 45 inch Pike and a 30 inch Walleye were all caught and released on Bolton Lake this week. In addition, a group of 4 from California caught and released 8 trophy Pike and a trophy Whitefish at Aswap this week. Their biggest was a 48 incher, followed by a 45 inch Pike. It was an extra pleasant week because my family came up for a few days including my wife (Jodi), my mom (Roberta), my sister (Cathy), her fiance (Ifty), my brother (Greg) and my father (Brian). Unfortunately, we only fished a couple of days and we did not manage to catch any trophies, but that’s okay, I’d rather see our guests catch the big ones instead of the freeloaders :). We did manage to catch plenty of Walleye, thanks mainly to Jodi and her wicked ugly jigs, and we were able to join some of the guests for shorelunch.

Yesterday we had 42 people at shorelunch, the entire staff was invited out for lunch by the group of 20 anglers known as Specialty Sport Tours. SST has been coming up since 1996 and with each visit their group becomes more like family. At the end of the week they have an awards show that began before they starting coming to Bolton, but has grown into a huge performance including singing, acting and a bunch of great jokes. All the staff look forward to seeing their friends from SST and especially the awards show to see how Winston, Marcel, Yvon and the rest of the guides and staff will be embarrassed. I especially enjoyed giving out the largest bar bill award last night, thanks again Roger! Here are a few pictures from this past week to enjoy. 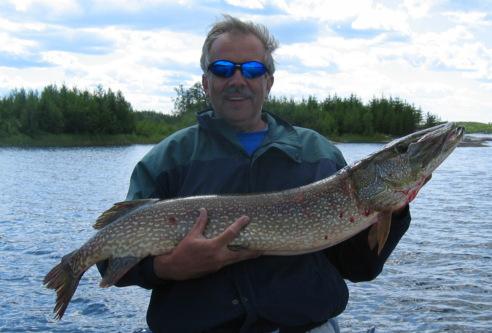 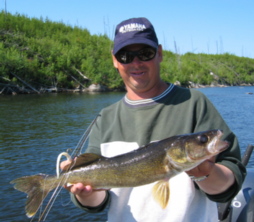 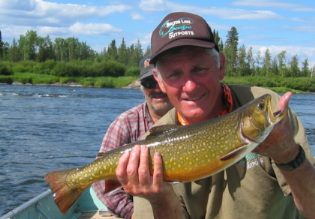 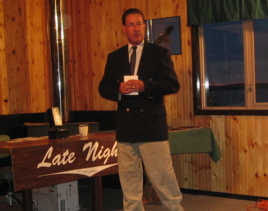