September 9th, 2009: Well the lodge and the outposts are all officially shut down for the season and only Ray remains at the lodge to look after the camp. This past weekend I did some final shut down work and got in a bunch of fishing with my pal Chris Okell. See below for some great season ending fish pictures!

All things considered with the economy, the lousy weather and the late ice out we had a pretty good season. We were fortunate to pick up a few guests who were booked further north in late May but were iced out of the lakes they were supposed to go to so they called us and filled in what little space we had open. Although the ice was late at Bolton, we still had enough water to bring in the guests and get them out fishing, within a couple of days most of the lake was open so we didn’t have to cancel or reschedule any guests. We booked groups a bit later than normal last spring because the winter was so cold and the ice was extra thick.

I’ll be working on my newsletters soon and will have them out before the end of October, if you’d like to make sure you’ll receive one, just email us your address. I’m also going to be working on sportshows, the motors we flew out this year to sell and rebuilding our website. There won’t be much content change to the website but the look will be different.

The last group who fished Aswap had this to say:

Made you think twice about sticking your hands in the water to splash about to get the blood & northern slime off, eh!

My friend Chris and I had to check it out so we went to Aswap to shut down the camp and get a bit of fishing in. We had similar results, in about 6 hours of fishing we had two 35’s, two 36’s a 39, a 40 and a 41 inch Pike!! The Pike were clearly feeding heavy for the fall, just about every spot we stopped there were a couple of nice fish waiting for us. We also spent a day at Bolton and caught a bunch of Walleye for a shore dinner and a nice Lake Trout. the 3rd day of our little fishing trip we took our Zodiac and 20 hp motor about 100 miles down the God’s river in the float plane and found a nice spot to land and put everything together. A few years back I had taken a boat all the way down that river system to this area and had amazing Brook Trout action. Although the Brook Trout were not as big as we’re used to getting in our usual spot, I was able to land 15 and Chris landed 10. A few that were 18 and 19 inches long but none that cracked the 20 inch trophy size. Not bad for having forgotten our net! 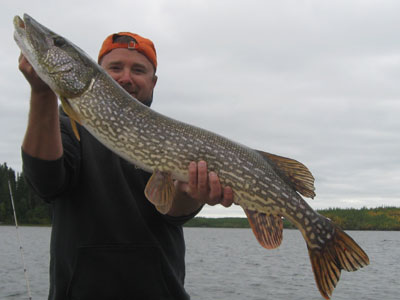 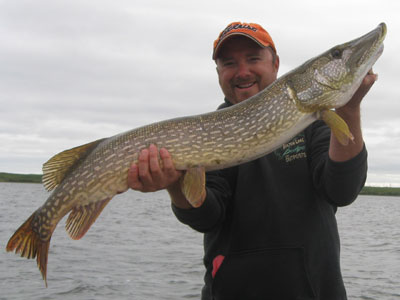 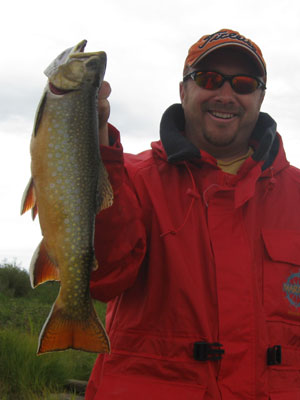 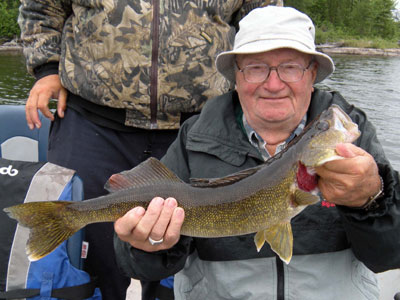 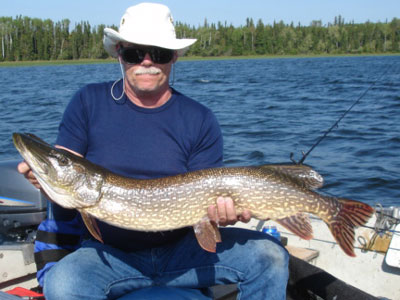 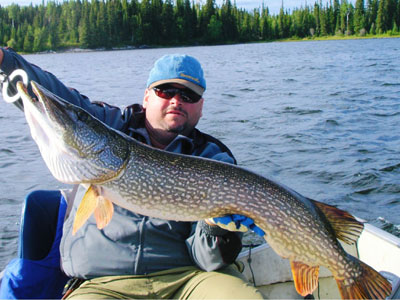 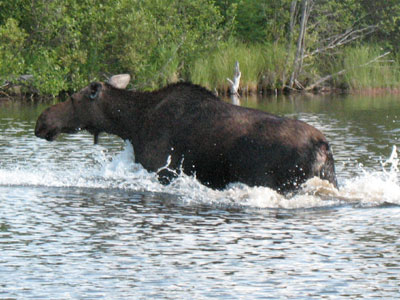 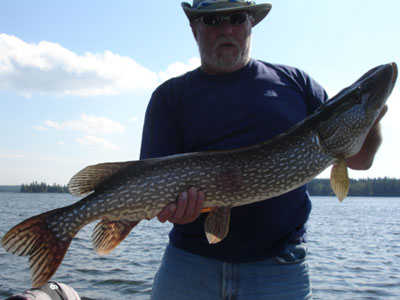 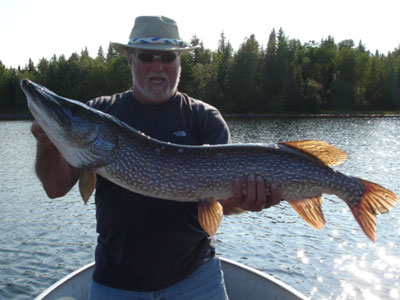 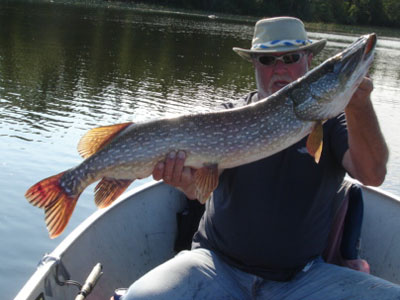 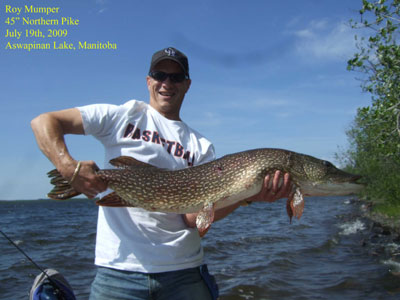 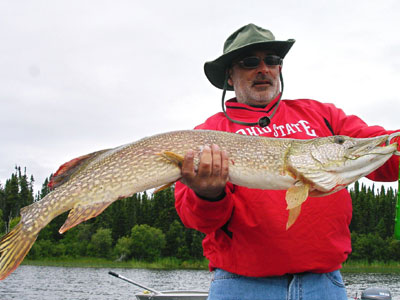 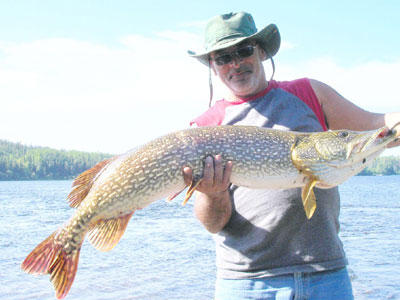 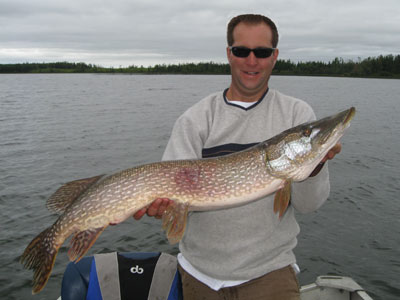 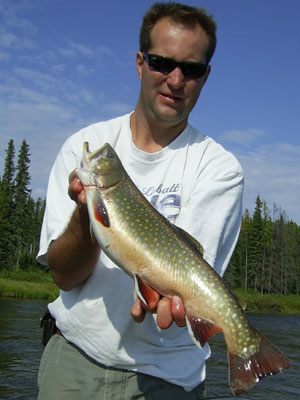 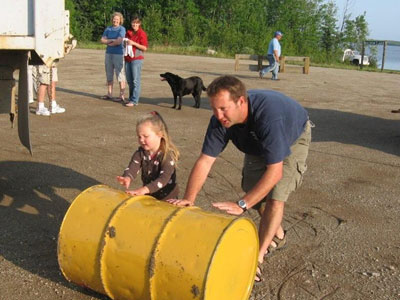 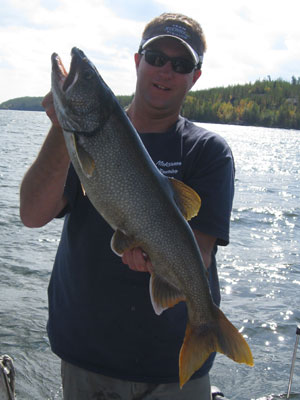