September 8th, 2014: We’ve been hard at work building the new cabin at Aswap Lake! Our last guests left on August 30th so we have been able to concentrate on the new cabin and I think it will be one of the nicest outpost camps in Manitoba! The new cabin has a wrap around deck that is 8X24 on one side and 6X24 on the other! We have 2 doors, one on the front and one on the side and huge windows all around the cabin, there’s a tin roof which sounds great in a rain shower, a large kitchen with cabinets and a new counter top and a new dock that’s really nice and solid! The views from the new cabin will be very impressive and there should always be a nice breeze coming thru across the point. The location is much nicer for those rough weather days because you’ll still be able to get out and fish the river system just like at Joint Lake. The cabin will be 95% finished within the next 2 weeks so it will be completely ready for the 2015 season! All the same amenities as the old cabin will be available at the new cabin including an indoor toilet, shower, vanity, hot water, running water, oil heat, solar powered lights, radio and water pump, a back up generator and a fridge and stove!! Many guests are excited about the big changes and Aswap Lake will be sold out soon for the 2015 season.

We still have a bit of work to do, I have to do the full shut down at the lodge and we have 3 moose hunters coming in this fall! We have spotted a few moose around the lake and know where they have been hanging around most of the season so with good weather I expect a successful hunt! One of the guests is also planning to hunt for bear and as we’ve seen from this year’s pictures that should go well.

The fall flying will start within the next week as well, locals from nearby communities charter our float plane to get away from the First Nations Reservations and into more remote locations to do their own moose hunts. We expect to haul 20-30 groups of hunters out and haul back at least 12-16 moose! It’s a lot of flying but it’s fun going into different lakes and meeting the locals who love to hunt.

Here are some pictures of the new cabin as we have progressed with the construction: 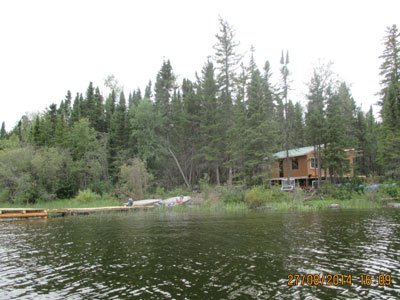 The new cabin is further along than this now, the other side of the deck is on, the roof over the deck is done and lots of interior work is done now too. 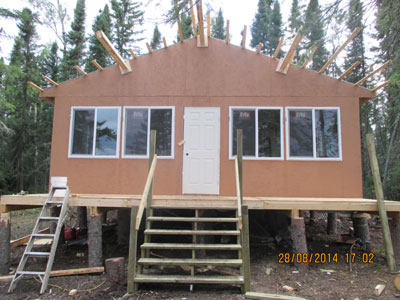 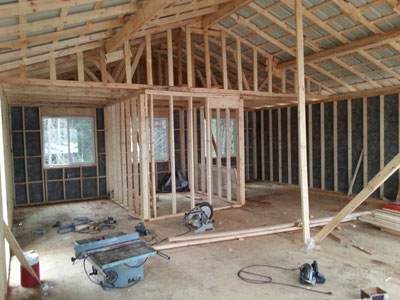 The first interior shot shows the 3 bedrooms along the back wall, now the pine is all up and the bathroom is framed in and has pine walls as well! The 2nd shot shows the great windows we have for the cabin, it will make a huge difference with airflow in this cabin! 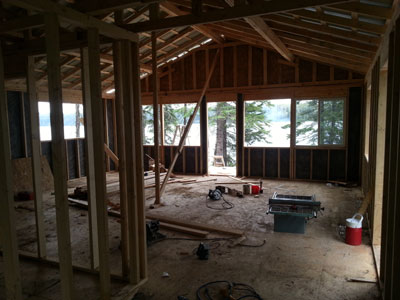 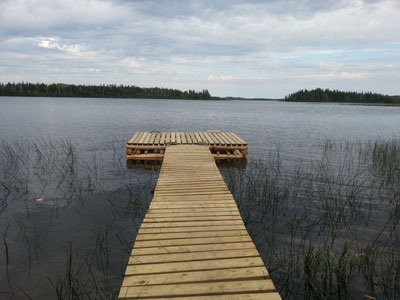 The new dock at Aswap Lake and Terry with a big Pike! 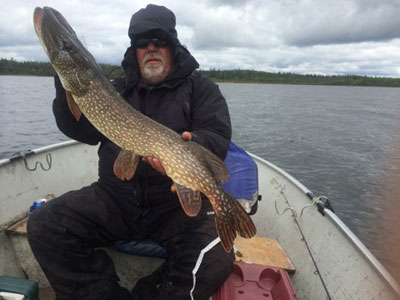 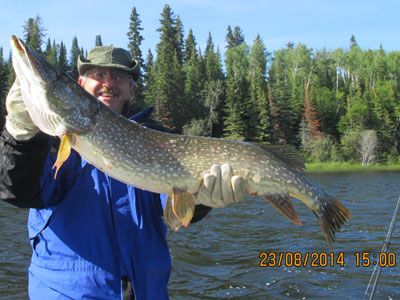 Jesse with a pair of big Pike from Aswap Lake! 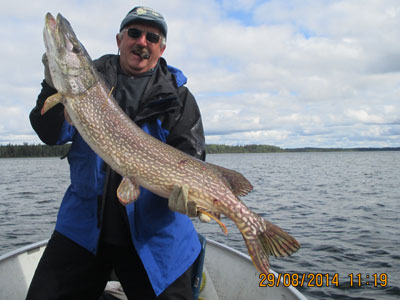