October 24th, 2008: The lodge has been officially shut down for about 2 weeks now and we’re all back in Winnipeg starting to plan for next season. I’ve been working on my commercial pilot’s license more and hope to have the flight test done before the new year, then I’ll have the rest of winter to study for the written exam. I used the plane I’ve been training on to fly up to Bolton and take out Tom. He stayed behind after the hunt so that he could get in a bit of hunting for himself and watch over the camp.

We had a few hunters again this fall with great success on bears and very bad luck on the moose. There were a few good opportunities for moose including taking 2 shots at one but missing it and shooting another one but not recovering the animal. We tracked the moose for over 8 hours but could not catch up to him and regrettably gave up as we had to make it back to the boat before dark. The next day we went again but the rain had taken away our blood trail. Unfortunately we’ve decided to quit offering moose hunts due to the lack of success. There’s simply too much pressure on the hunter to make that one shot count because it’s almost always the only chance he’ll get at a moose in his lifetime and over the years we’ve seen way too many missed opportunities. We’ll continue to hunt the area for ourselves as there are plenty of moose around and we don’t have the pressure of having spent thousands of dollars and only doing this once in our lifetime. We also have the luxury of hunting when it’s best and not picking a date and hoping that the weather and moose cooperate during that time. About a week after the hunters left the weather finally turned colder and the moose showed themselves in every corner of the lake. Tom had at least 15 individual moose spotted within a couple of days including a couple of decent bulls.

We’ve been spending time planning the sport shows and booking groups for next season. The newsletter is at the printers now and we hope to have them ready for early November because we’re planning a trip with friends to Grand Forks, ND for some shopping so we can mail the newsletters from there and save on postage. And I can go to Cabela’s!

I’ve spent some time hunting and fishing near our house just north of Winnipeg. I’ve been out with Robert (one of our guides) a few times now for ducks, geese and whitetail and I’ve had success in all three. The fishing on the Red River for Walleye has been bad so I’ll wait for ice fishing to try again and spend the rest of my free time hunting until then. I shot an 8 point buck a couple of days ago with my new muzzle loader while sitting in a tree stand, a decent buck but now I have to wait until riffle season to get out again. I’ll likely go for birds a couple more times until then.

Although there is a lot of talk about the economy in the U.S. it’s looking like another busy season at Bolton for 2009. We’re very excited about the exchange rate right now and we’ve locked in our rate for next May and June for about half of our sales. Of coarse the rate has gone up since we locked in but we’re still at a higher rate than we’ve had in 3 years. On the bright side, our rates will not increase for 2009! Now if the cost of fuel stays low then I can spend some money on rebuilding Kitchi Lake and getting a bit more new equipment for the lodge, and maybe Jodi will let me buy a float plane!!

Here are a couple of pictures from this fall. 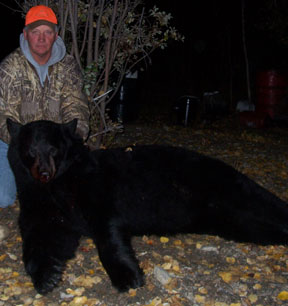 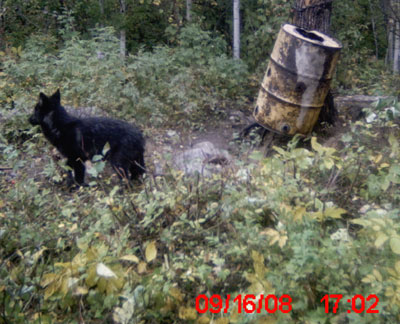