November 23rd, 2015:  Our season has been over for just over a month now and our Newsletters that we mail out every fall should be in your mailbox this week!  We drove down to Fergus Falls, MN this weekend to mail them out and to participate in our daughter’s hockey tournament.  Jordan played well as well as the rest of our team and we ended up in 2nd place for the tournament.  I’ve really enjoyed being one of the coaches on the bench this year, we have a great bunch of girls who are improving at every game and practice!

So as usual it’s been a busy fall between the Newsletters, coaching, goose hunting, whitetail hunting and a bit of Walleye fishing I’ve spent some time all around southern Manitoba.  We had a new work shop built on our property in Winnipeg so that I have the space to work on the outboard motors that I’m selling and to store equipment and supplies for the lodge.  I expect to have some motors ready to sell by the end of this week.

I mentioned in the Newsletter that we had a pretty good hunt this fall, in total we saw 8 Moose including 4 Bulls, 2 cows and 2 calves plus we heard another Bull and cow that were responding to our calls but we messed up that opportunity.  We also saw 4 bears, a Wolverine (extremely rare sight) and countless Beaver and Eagles!  On the 3rd or 4th day of the hunt we watched a cow and 2 calves on shore over on the West side of Bolton Lake.  They spotted us and got a bit agitated so they started to move further down shore, we could see something else in the bush moving as well which we assumed to be the Bull but he would not come out.  We left the area and poked around different areas of the lake where we tried some more calling but it was another warm and windy day so the conditions were not in our favour.   My hunter and I had just finished calling and had started to make our way up a creek to see if any Moose were hanging around in Chris Lake and just as the lake started to open up there was a Bull standing on the shore staring at us!  It was roughly 30 yards away but my hunter had his head down and was just putting his gun back into the case, he could tell in my voice that a Bull was there when I said ‘On your left, on your left!’  I shut down the motor and the Bull just kept standing there, but as my hunter drew his gun to his shoulder and got ready for the shot, the strong wind grabbed the bow of the boat and turned us toward the Bull.  The boat was turning so the hunter could not take a good shot and the Bull did not like what he was seeing so he started to trot away from us but he stayed on shore rather than go back into the bush.  The boat steadied in the weeds and I let out a cow call which stopped him in his tracks and he turned back to us for another look.  He turned broadside and my hunter took his shot.  After some high fives and pictures, the work started with quartering, skinning and removing the head.  We loaded all the meat and the head in the boat about 2 hours later and bought the meat back to the lodge to hang for a while before we de-boned and packaged it all.  My hunter was very involved in the cleaning and he did most of the de-boning on his own because he wanted to make sure he labelled everything in a way he would know what everything was.

For the next few weeks I’ll be working on the motors to sell, getting ready for the sports shows that I’ll be attending in January and February (booking hotels, setting up my booth and printing some new pictures for the booth), and taking care of day to day emails and phone calls.  I have some work to do for our Air Service business as well and the Manitoba Lodge and Outfitters Association meetings will take place in early December which I plan to attend to address some issues that I see for our Association.

It’s been a mild fall so far but we just got our first snowfall here in Winnipeg and the temperatures have started to drop so the ice fishing season should start in the next few weeks.  I harvested a nice Buck with Tom this fall and shot a few geese with another buddy and caught a few monster Walleye in the Red River with a couple other buddies so I sure can’t complain about the time I’ve had out in the field this fall!!  A few more big Walleye, Perch and Rainbow Trout thru this ice again this winter and I’ll be a happy outdoorsman!  I’d like to get out for Coyotes this winter as well but that would be something new to me so I’d have to figure out what I’m doing or go with some guys who know what to do.

With the Newsletters just getting out and a pretty good looking scheduled already it’s time to book a spot for fishing or hunting this year!  Here is a list of some of our open dates for 2016:

I just updated my sportshow dates and hunting information so please click on those links for more information.  If you’re not on our mailing list you can email us directly at info@boltonlake.com or fill in the form on our Contact Page. 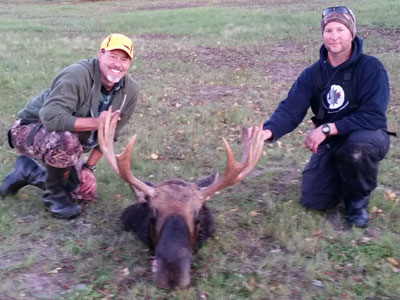