March 12th, 2010:  Tom and I just got back from the North yesterday, mission accomplished!!  The new boat, new motors and a truck we’re all taken into the lodge and I can happily say with minimal damage.  We had our share of breakdowns with the equipment including a seized starter or seized engine on the Bombadier, over heating on the Case 350 Cat, no fuel to the Case 450 Dozer, some new dents to the Dodge Dakota we brought in as well as 2 flat tires on the Dakota.  The snowmobiles needed a bit of maintenance as well and with temperatures nearing 40 degrees one day and not getting colder than 20 degrees it was a bit hard on the machines.  The only thing we did not get into the lodge that we wanted to was the new trailer I bought last fall.  The warm temperatures allowed for enough snow to melt so that the truck was able to make it into the lodge under it’s own power.  Good thing too because with the Bombadier out of commission and the Cat’s having issues we couldn’t drive the 38 miles of old winter road (basically a snowmobile trail) to haul in the truck on a sleigh as we had originally planned.  The Dakota got stuck several times and just before we were about to give up with 2 flat tires and being stuck for the 6th or 7th time we had to step back and make some tough decisions.  We got unstuck with still 8 miles of driving through the bush trail and never got stuck again.

Two days of trying to fix our old equipment, 2 days of driving the truck in under it’s own power, plus 2 days of getting to Norway House and back then we decided we deserved a break….so we went ice fishing!  There was 33 inches of solid ice in most places, but there was no ice at the East Rapids.  About 500 yards of open water around the East Rapids and the water is low!  I’m hoping it will raise quite a bit when everything melts but I’m pretty sure we’re looking at a low water season….my poor props!  We fished a bunch of Lake Trout spots that are excellent in the summer, but quite dead in the winter.  I think the Lake Trout spread out all over the lake in the winter so it’s very hard to find them.  My first fish was the first trophy of 2010!  24 inch Whitefish picture below.  We caught a bunch of Walleye and a few Pike but it wasn’t as fast and furious as the last time I ice fished the lake but it was still a good day to be out fishing!

We have one sport show left for the season, then I’m going to concentrate on hiring the last of the staff.  We have some good new guides joining us again this year and a lot of our experienced guys coming back.  So far we have Willie, Cedrick, Regi, Tom, Marcel, Cary, Rob, Nick and Ray all returning to guide again.  Unfortunately, Winston who has been with us for more years than any other guide has decided to do construction work in Toronto this year.  He will be missed by our guests and all the other staff this year, especially me because we’ve become good friends over the years.  We wish him luck in Toronto but he knows that his job is always open to him if he wants to come back.

The season is shaping up really nicely right now.  We have many dates sold out and the outposts have just 2 open weeks left before being completely sold out for the season!  We’re hoping to fill a few more holes in Minneapolis and continue to work towards 2011.

Plans to reopen Kitchi Lake in 2011 are under way.  We’re going to spend a couple of weeks working on the cabin this summer and getting new equipment into the camp.  Extra Av gas is going to be flown into the lodge this summer for those extra trips into Kitchi Lake.  More work to our heavy equipment and regular maintenance to the cabins and lodge are planned as well for 2010.

Here are a few pictures from our winter road experience. 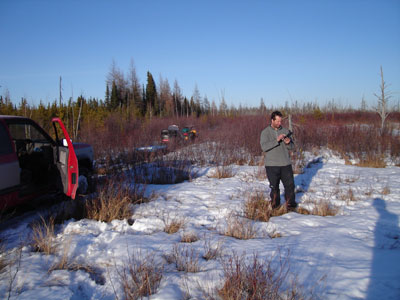 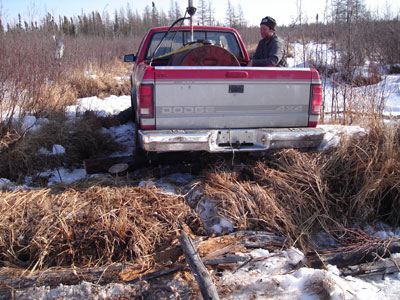 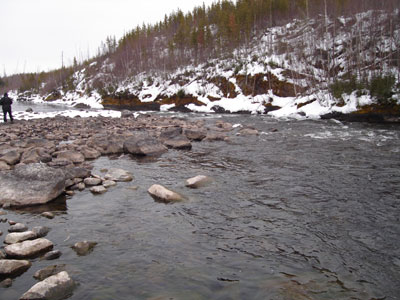 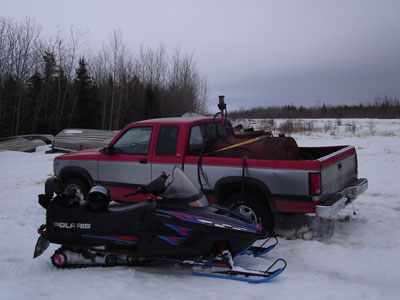 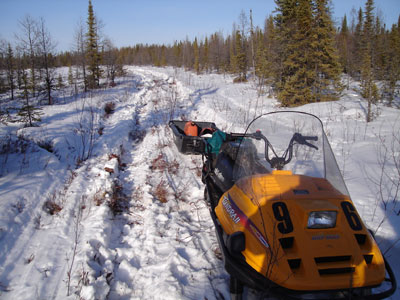 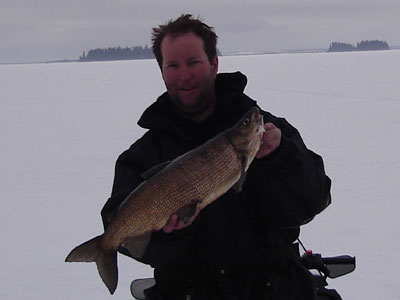