June 8th, 2008: Less than a week between updates, this is a record! I’m stuck in the office desperately waiting for the service people to call me back about fixing my walk-in freezer that died this morning, so I thought I’d keep myself busy by doing an update. We have a lot of great new pictures to show and this will give me another opportunity to thank the group of guests who just left. Especially Bob Weikel who has fished with us about 10 times but who has painfully decided to retire from fishing….it’s been great having you fish with us Bob! And Judith and Eugene who are always very nice to have in camp who gave up their seats on the Dash 8 for a later flight on the King Air so that other guests could have a chance at catching their flights out of Winnipeg. It’s just really great having such helpful and friendly guests in camp! George, Stanley and Joe who have fished with us 13 years in a row sure enjoyed their trip! They said that they probably caught more fish on this trip than any other, the Walleye sure were biting last week! The Anderson group fished with us for the 1st time at the lodge, normally they’re at our outposts but they set our new Brook Trout record this year! Bert and the guys came up for at least the 12th year in a row and one of his new guys Paul caught the biggest Pike of the season so far at 46 inches! Thanks to the Bockstael group for setting the bar tab record for the season, I have a couple of groups who will beat it later in the season, but way to set the bar high!! And thank you to Seth and Al who have fished in a lot of different places all over Canada who plan to come back again for more Brook Trout, Walleye, Pike and maybe even a bear! It’s great to see how we match up compared to the competition. And thanks to the Woods group who have been fishing with us since 1990, right from the start without missing a year! Way to set the weight record high again!!

We’ve had a record number of compliments about our new server Aimee and our new chef Robin! Almost every guest has come to me to say that the food is even better than last season, and last season was very good! Robin is putting in a lot of extra effort to put out a very high quality meal and it shows! It’s rare that I pass by the kitchen and there isn’t something going on whereas in the past most of the chefs have taken at least most of the afternoon off to relax, fish, read or catch up on some sleep. His efforts have been greatly appreciated by the guests, the staff and Jodi and I!!

The new guests are in for the week (or 4 days) and they’re off to a great start. We have a 13 year old girl in camp who is here on her first trip with her brothers, cousins, uncle, grandfather and father and she’s showing them how it’s done already! Her first fish of the trip was a 41 inch Pike!! She’s the one to beat in the family competition!

Here are some of the shots, I’ll have Jessica’s picture soon! 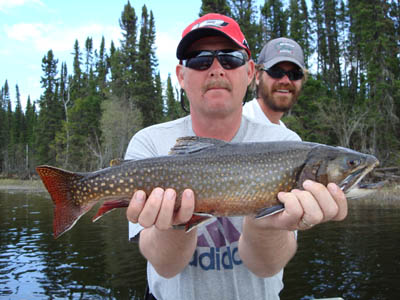 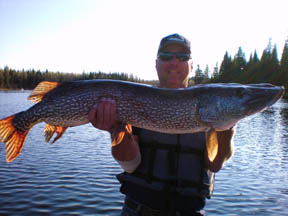 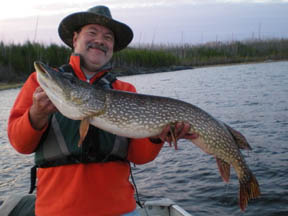 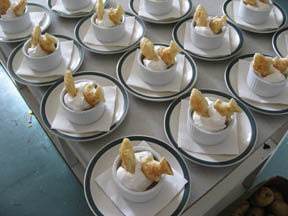 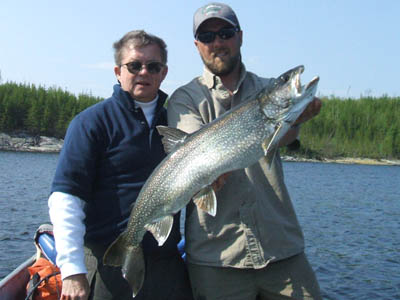 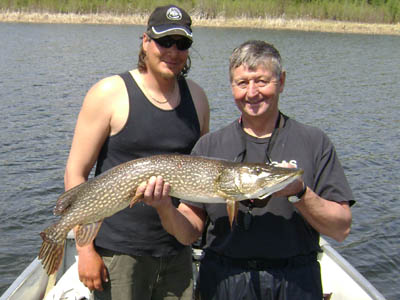 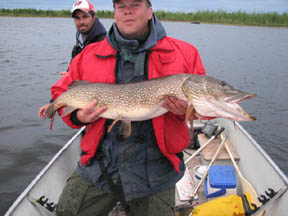 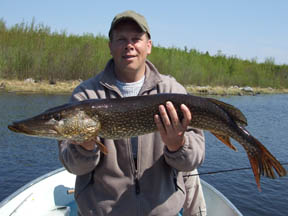 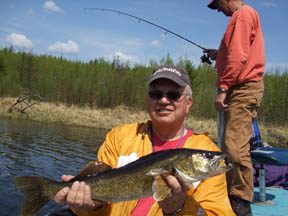 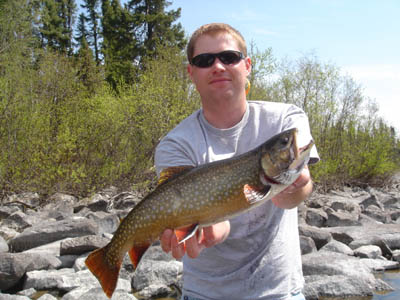 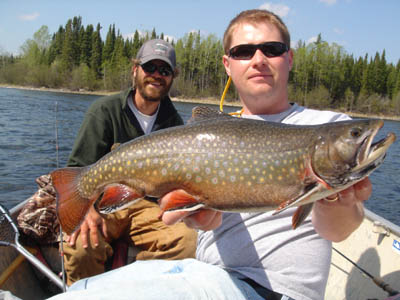 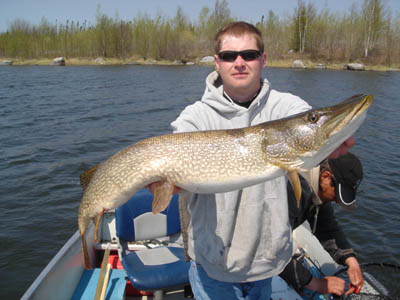 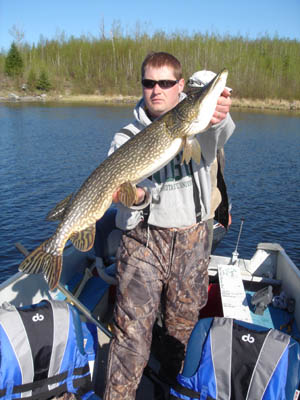 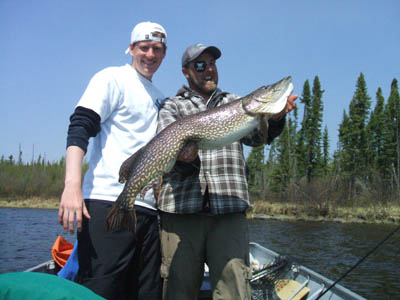