June 18th, 2009: It’s been a funny season for weather so far this year, we’ve seen snow more often than I’ve ever seen in late May and June and now we’ve had three 80 degree days in a row! It’s a bit cooler today, but we’re okay with that. These drastic changes in weather has made it tough to pattern the fish but we’re still getting trophies every day. One of the best days this year was earlier in June when a group of 2 landed 4 trophies within 3 hours. Another group landed back to back trophies including a 45 inch Pike and a 41.5 inch Pike. I’m still trying to get all the pictures from the guides but some of the best shots from the past week are missing so I’ll have to do another update with more pictures right away.

It’s another great year for Lake Trout already! We landed another 40 incher and then a 41.5 inch Lake Trout in 10 feet of water. Both were taken while jigging for Walleye so they were great battles! The Walleye have schooled and groups are catching them by the hundreds now along with some bigger trophies mixed into the action! The Pike are still mostly in the shallow bays but we’ve seen a lot of “T-Bones” (Pike grabs a Walleye while you’re bringing the Walleye in) so the Pike are following the schools of Walleye and feeding on them too.

Enjoy the pictures but please do not be insulted if we’re missing yours, I’m just waiting to get all of the shots from the guides. If you have a picture you’d like to see posted, please email me the shot. 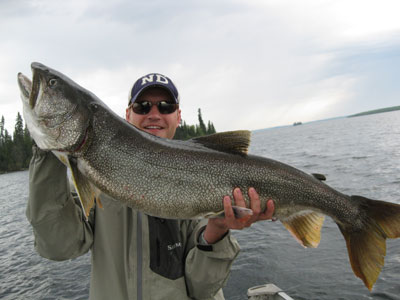 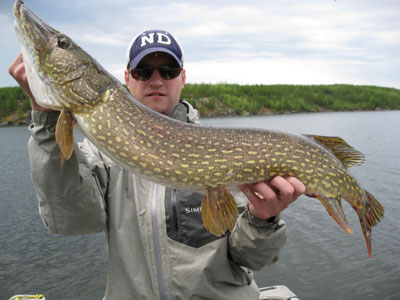 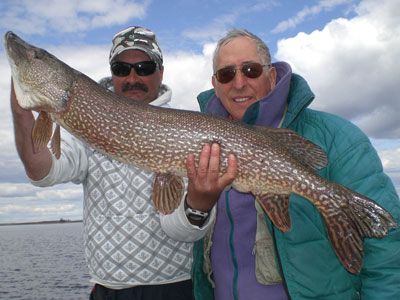 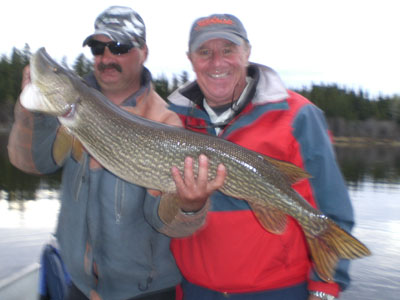 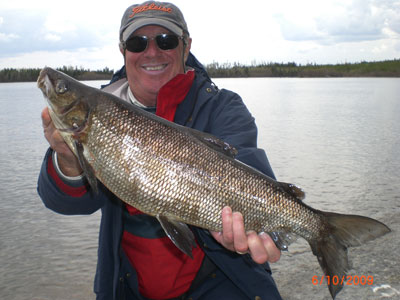 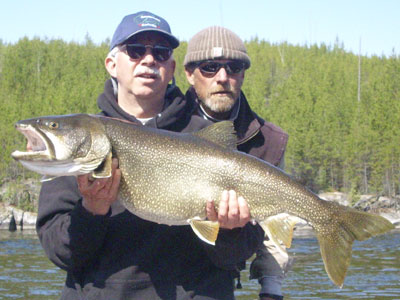 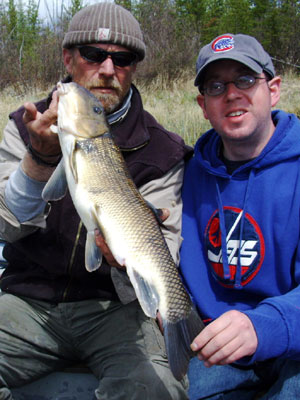 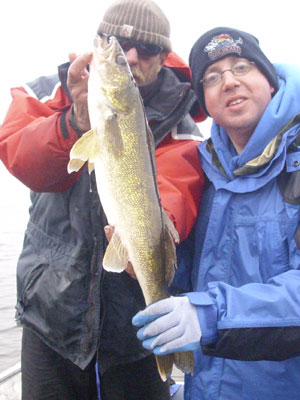 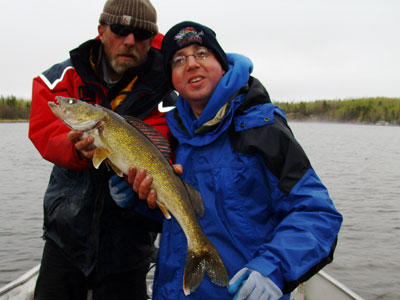