July 23rd, 2005: Once again I have to apologize for not taking the time to update the site…I usually have a lot more spare time in July as the routine has been worked out and the weather is nicer. The weather has been pretty good this season, with the usual exception of Sunday’s when we’re trying to move lots of guests. Last Sunday we woke up to pretty decent flying weather only to find out that there was a massive storm in Winnipeg which knocked down power lines, trees and damaged aircraft at the airport. Luckily the Dash 7 we had chartered was not damaged, but the pilots took an extra 2 hours checking it over to be sure. So if it isn’t a weather delay, there’s something else to mess up our carefully planned agenda. We’ll see what tomorrow brings, it’s almost the end of July so I think we’re due for a change over without delays!

On the bright side, the fishing has been outstanding in the past few days and our trophy count is 20% higher than last year at this time. The big Pike are biting the best right now, but there are still a few trophy Walleye and Lake Trout being caught. Brook Trout fishing on the God’s River and the secret new river has been awesome! Every time we go, we’re catching trophies, just the other day I took a couple of guys from Joint Lake to the secret spot and caught 6 trophies and 5 smaller ones! Imagine catching more trophies than smaller fish, it’s unbelievable!

A big decision regarding Kitchi Lake has been made, we will not be running it next season. In order to work out airplanes for next season and move guests more quickly we’ve decided that we need to drop an outpost. Since there was a recent fire and Kitchi produces the fewest trophies per season, it was the logical choice. Although the fishing had picked up again this year and most guests had no trouble finding Walleye just about everywhere on the lake, the Pike over 40 inches were scarce. This will also create a better load for the Dash 7 and we will no longer have to charter a smaller plane on Sunday’s when we’re over loaded with people, gear and food. In a couple of years when the lake has been untouched it will likely be a great fly out or be reopened as an outpost. I hope our regular Kitchi guests understand and that they will be able to fit into Joint or Aswap for next season.

Here are a few more pictures from the past couple of weeks. There are a bunch of 44 inch Pike and yesterday one of the guests caught a 45 but I don’t have that picture yet. There’s also a picture of the Northern Lights that didn’t quite turn out, they were the best I’ve ever seen here that night! 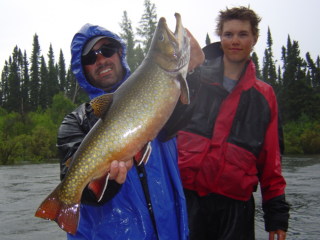 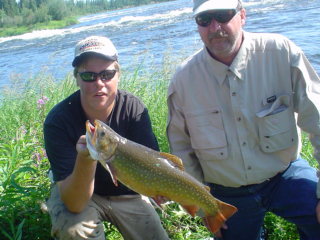 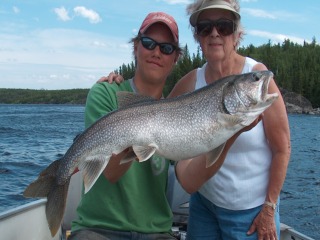 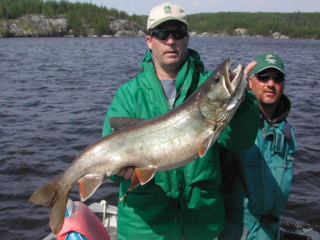 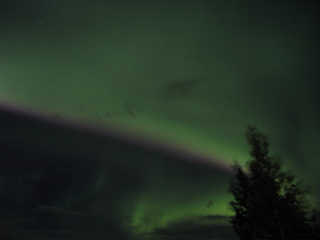 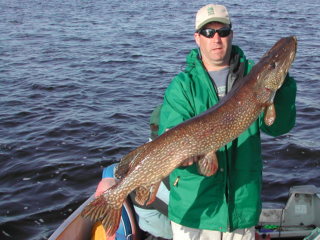 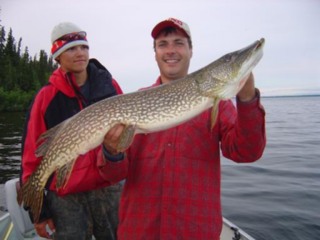 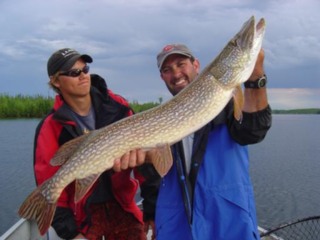 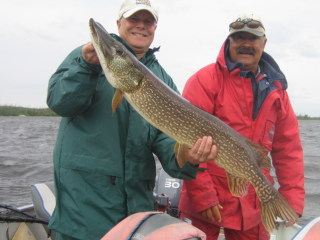 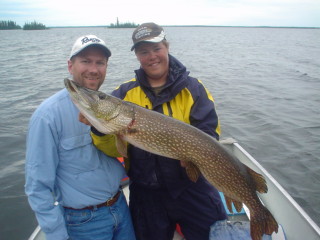 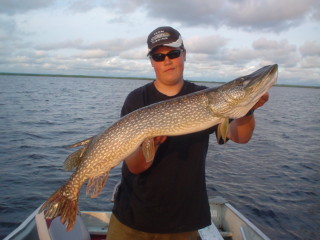 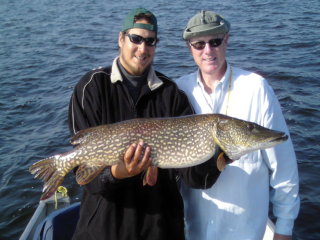 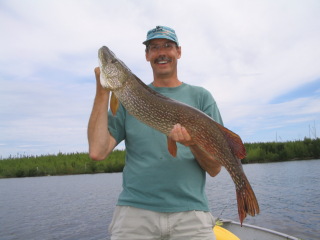 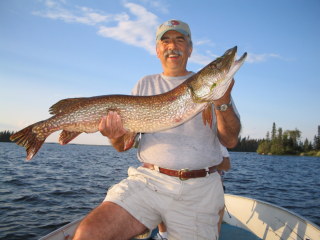 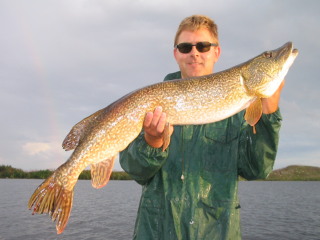 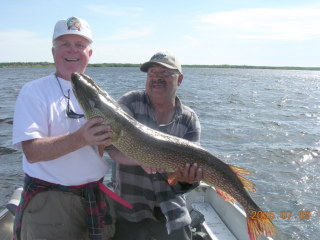 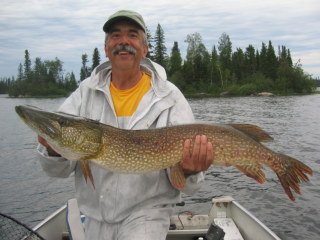 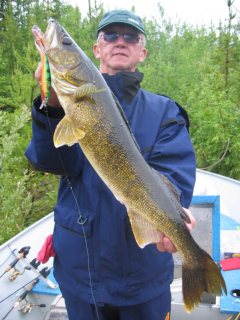