July 5th, 2010: We still have not seen a lot of rain yet this season but the water has come up almost a foot on our lakes because of the rains all around us, especially from the south.  We’ve had a few really good days of fishing recently and some individual successes that should impress the most avid fishermen!  Just yesterday 2 fishermen, Bill and Dan arrived from Winnipeg along with another group who was going to Aswap Lake.  Dan and Bill fished with their guide Rob from roughly 10 a.m. to 5 p.m. and landed a 39 inch Pike, two 41 inch Pike and a 43 inch Pike, not bad for their first day of fishing on Bolton Lake!!  The group who just left Aswap Lake landed “at least 17 Pike over 40 inches!”  The group of guys who just left Joint Lake had a few over 40 inches as well, plus some more big Walleye!

Mark from Wildcat Creek Outfitters in Zionsville, IN came equipped to fly fish almost exclusively.  He landed a couple of very nice Pike, a bunch of Walleye and he had a phenomenal day Brook Trout fishing!  Check out the pictures below, they even have some of the flies he used while he was here. 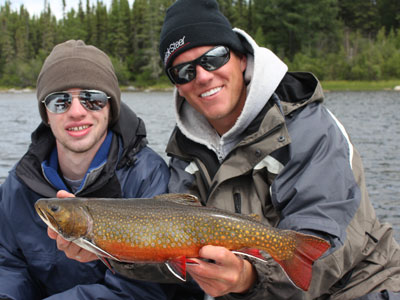 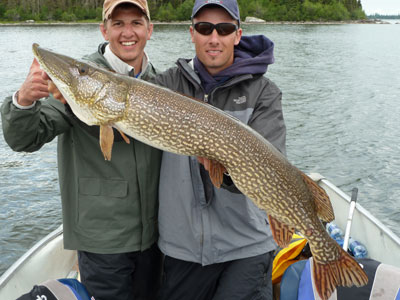 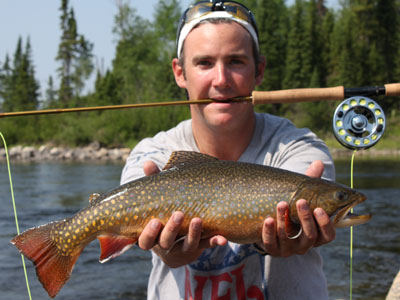 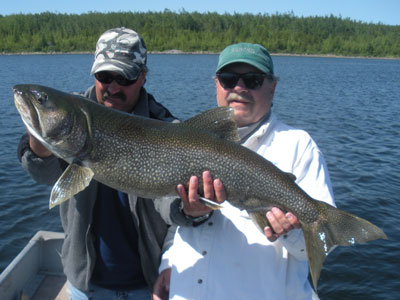 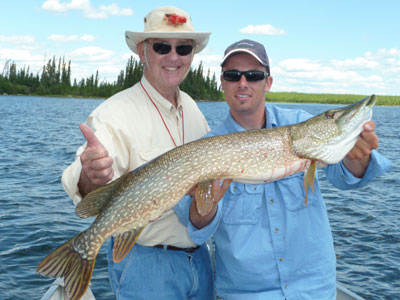 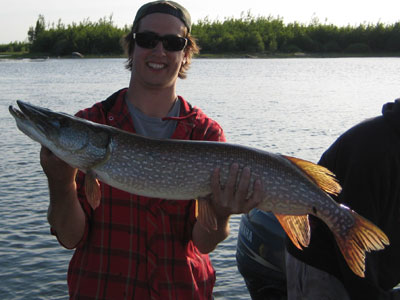 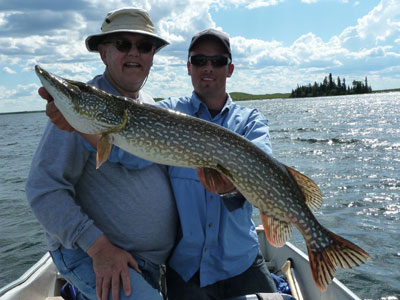 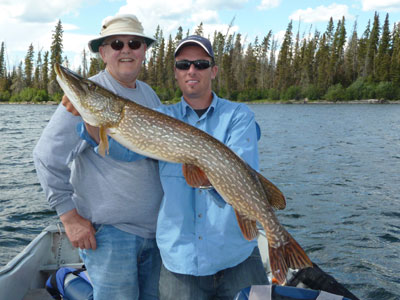 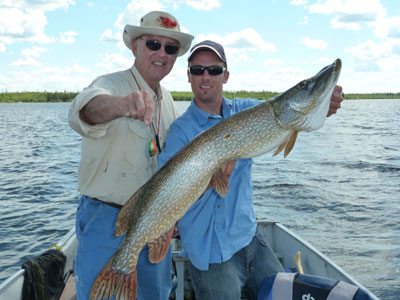 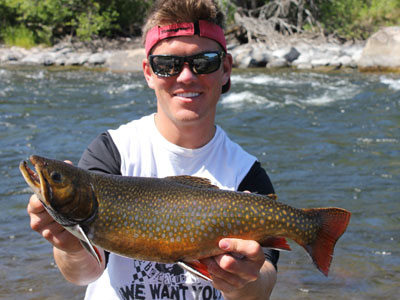 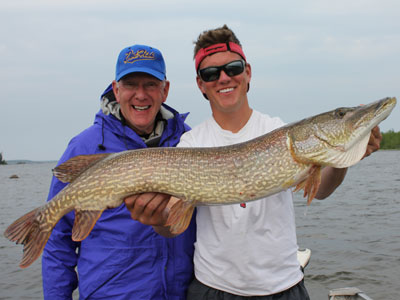 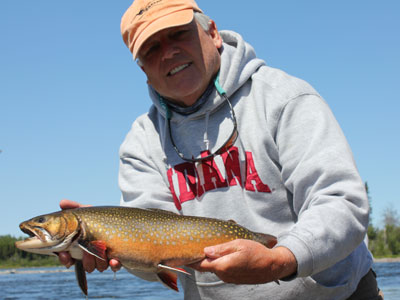 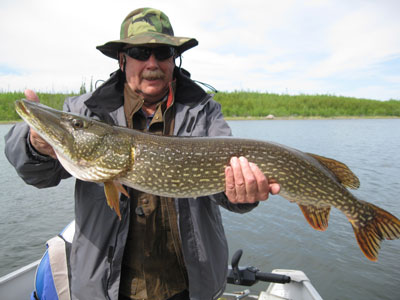 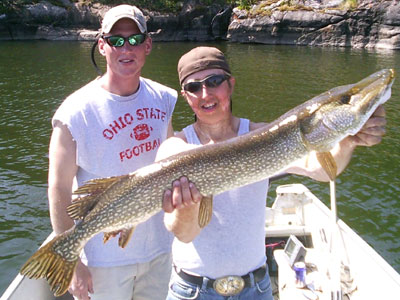 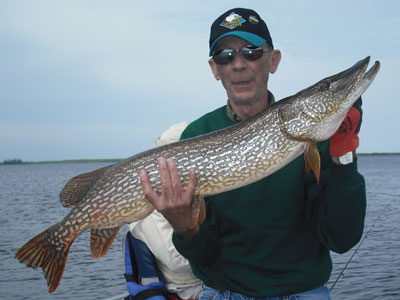 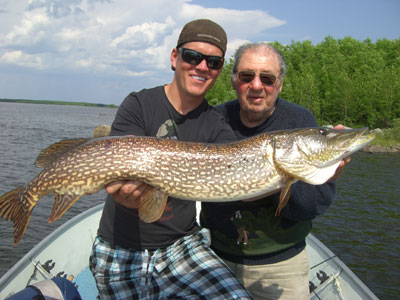 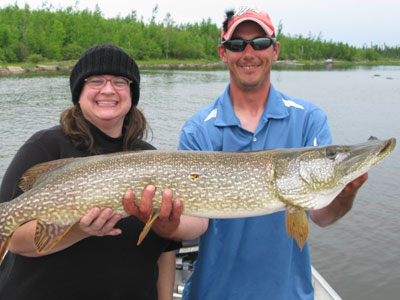 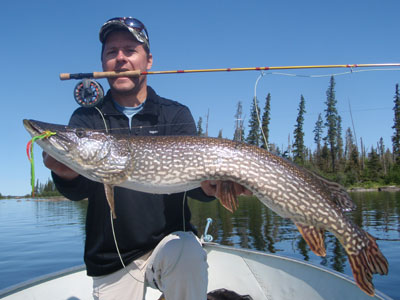 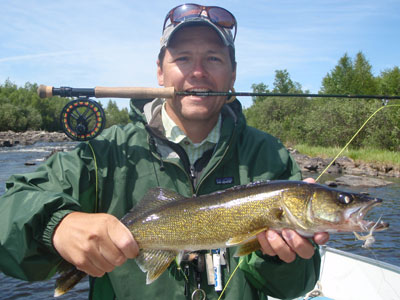 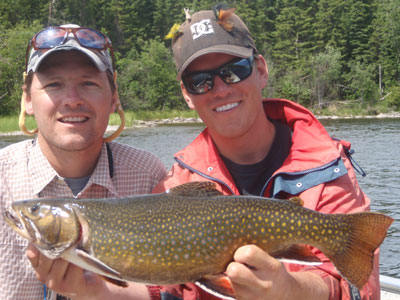 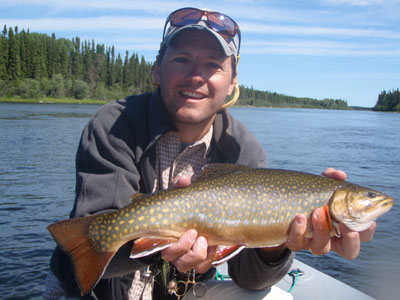 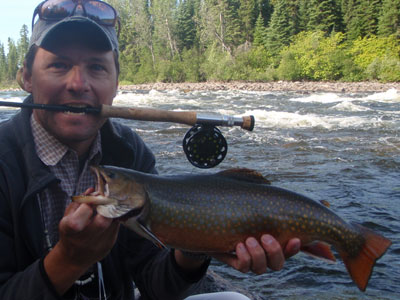 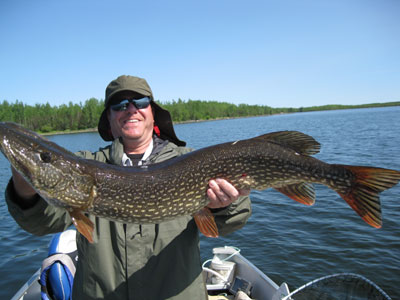 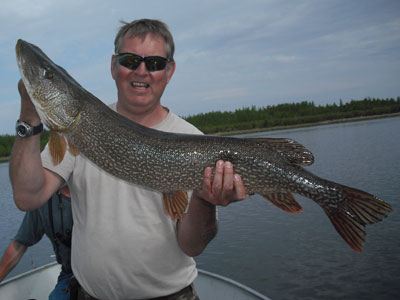