July 23rd, 2004: I’ve been away for a few days on a great adventure down the God’s River so I have not been around to update the website. We took a boat from Aswap Lake into God’s Lake then down the God’s River 100 miles to an area few have ever fished. The boat is now set up in some of the most incredible Brook Trout waters I have ever seen. We were actually thinking they should set the bar higher for trophy class because more than half the Brook Trout we caught were over 20 inches. Fishing for Brook Trout is challenging because they put up such a great fight but running those rapids and dragging the boat over the rocks to avoid the waterfalls was much more challenging! The area with the best Brook Trout we found has negotiable rapids, some shallow rocks and very nice back eddy waters but only certain spots hold Brook Trout and we learned what to look for after the second day of traveling.

We also set up another boat on the high side of the West Rapids on Bolton Lake. A bunch of groups have done the short portage and have found some fantastic Walleye fishing! Hopefully the water stays deep enough for us to continue the trek up the river to some new spots that have never been fished.

The big Walleye have moved into the North Channel Narrows on Bolton. Just about every day for the past 6 days we’ve landed a trophy Walleye in that spot! The Pike have moved into the weedbeds and the most popular lure continues to be the “Bulldawg”. The 12 inch shallow running Bulldawg has produced at least 25 trophy Pike this year and I expect them to continue to produce since the Pike are just beginning to look at bigger baits.

Here are a few more pictures: 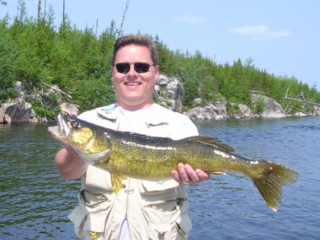 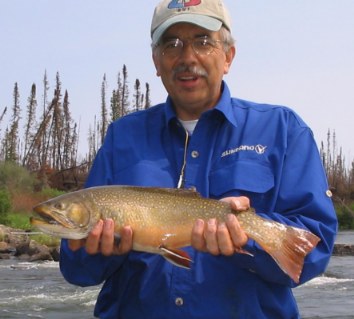 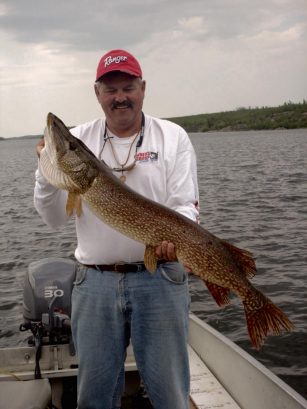 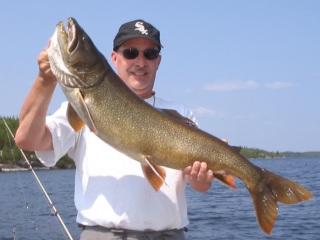 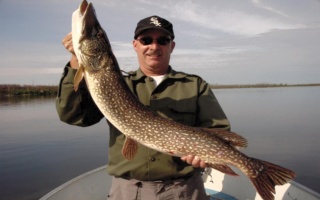 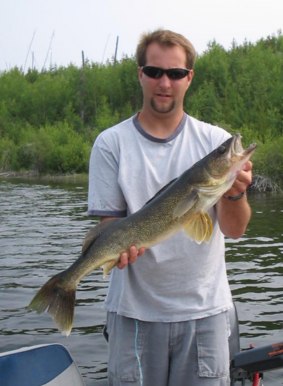