February 23rd, 2009: It’s been an interesting couple of months here and the 3rd coldest winter in Winnipeg’s history! We visited 7 different U.S. cities and even got in a little Pheasant hunt while in Des Moines and a Blackhawks game while in Chicago! The shows were actually pretty good considering the state of the economy but we’ve had a few groups wait until after we spent $30,000 on marketing to tell us that they’re not going to make it this year. This has left a couple of ugly holes in the schedule that we’re going to have to fill within the next few months. Give us a call if you’re at all interested because we’ll be making some deals! I have updated the open dates on the rates page.

We’re still expecting to have a decent season even with the recent holes in the schedule and we’re still planning to get Kitchi back up and running for 2010 along with a few other upgrades and improvements to the lodge and the outposts. We’re building a new dock for the float planes, more than half of the fleet of outboards are being replaced this season, including all the outpost motors, and the shore lunch spots will be getting new picnic tables this year! We will be researching a couple of new lakes this year for further expansion of the outposts and we’re seriously looking at buying a float plane for next season. I’ve been busy studying for my commercial pilot’s license and plan to have everything completed in early April. This will give me time for more float training before we go to the lodge. The fuel and freight haul is scheduled for the end of April again this year, hopefully fuel prices stay low until then! 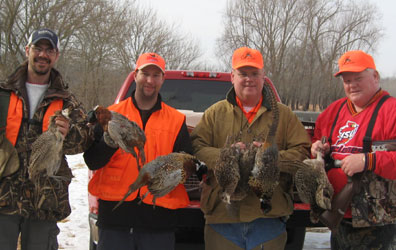