August 5th, 2008: I was worried that things would slow down a bit because we has such a productive May, June and July but the trophies and the numbers are still coming in strong. We were very proud to help a group beat their 20 year records (who says fishing isn’t as good as it was 20 years ago??), the Hutchison group who counted every fish they caught smashed their previous total by almost 500 fish!! There were 6 anglers in the group who landed over 50 fish each per day, for a total of over 2100 fish!! The Lodice group went to Aswap Lake landed almost 1500 fish between the 4 of them and they had 4 trophy Pike and two 40 inch Pike!! Bob and his son Dan landed a 45 inch Pike on Bolton and Phil and his dad Pete landed a 40 inch Lake Trout!!! A good friend of mine (who isn’t much of a fisherman) finally landed a trophy Pike, his first in over 20 years of fishing!

Here are some more of our recent trophies! 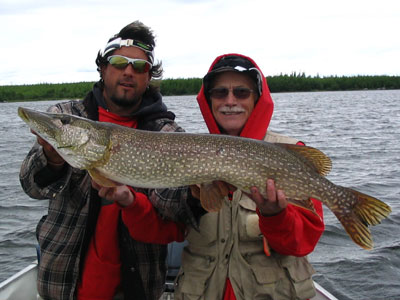 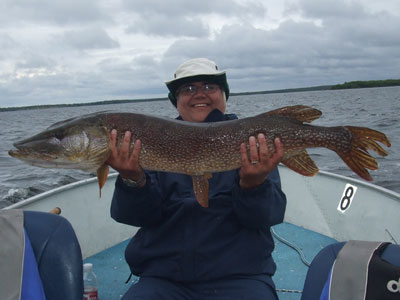 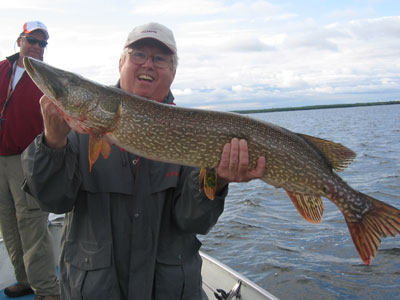 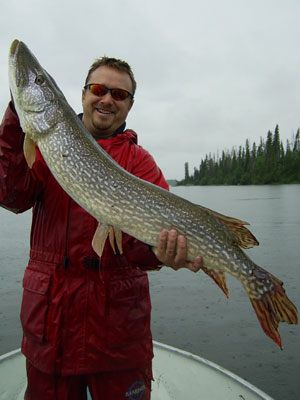 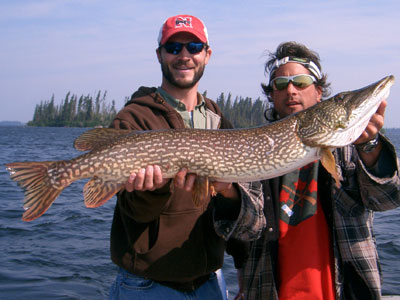 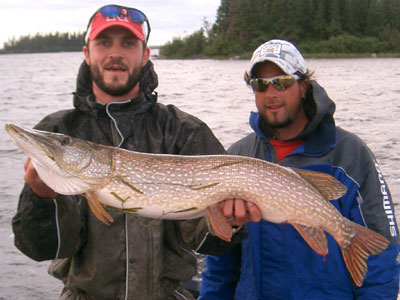 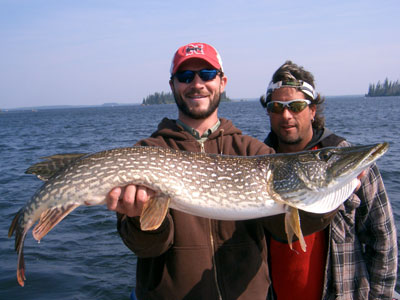 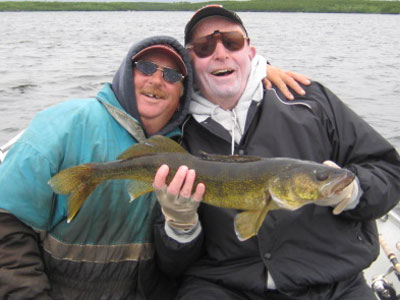 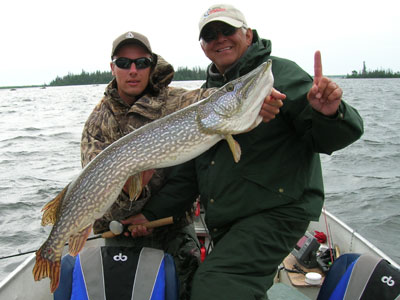 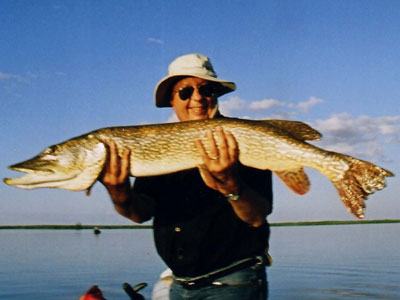 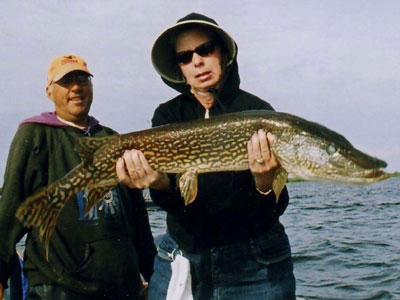 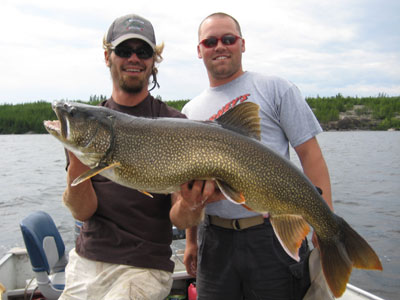 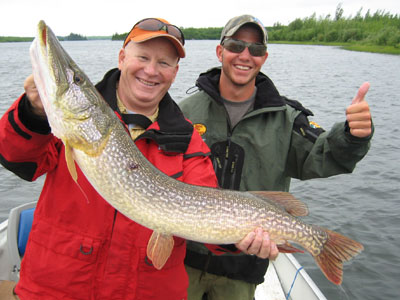 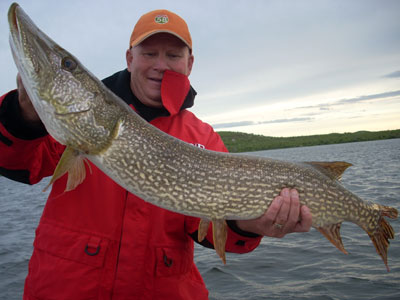