August 25th, 2010:  Our season is almost over for another year, 2011 is shaping up very nicely already with commitments from the bulk of the staff and from most of the guests from this season rebooking for 2011!!  I’m spending the next 3 weeks at the lodge taking care of the flying for our guests at Aswap Lake and getting a lot of work done around camp.  It’s been difficult over the past few days to get much done because of the weather we’ve had and the weather is creating more work every day for us.

It has rained so much in the past month that my previous prediction has come true earlier than expected and worse than expected, the lake has now risen over the main dock!  The main dock has a slight slope so the part near shore is still above water, but the other end of the dock has actually been underwater for a few days and with yesterday’s winds it has been very badly damaged.  The outermost crib was toppled over and the last section of dock has broken away, we will need some major repairs to get it back into shape.  I’m worried that the worst isn’t over yet because if the water stays as high as it is, then the ice will finish the dock off this winter and we’ll have to start from scratch next spring.  We just put new stringers and a new deck on our Av dock and it’s now floating off it’s cribs as well.  I’m hoping to fix that tomorrow but, again if the water stays high then we’ll be in trouble next spring.  At the start of this season we could easily drive a boat under the dock near shore, now the water is level with that part of the dock.  The lake has risen about 4-5 feet since May, most of it over the past few weeks, at least 30 inches recently!

We’ve had to pull our protected dock in the back bay closer to shore twice already and now we have to wear boots to get to the dock.  This is where we hide our float plane for the season, and it’s a good thing it was there yesterday and last night because the winds would have sunk it very quickly if it had been exposed to those winds.

I’m enjoying the float flying but I think it will be even more enjoyable if the weather settles down.  I’ve flown in very poor conditions over the past 2 weeks but refused to fly in the worst weather because it’s just not worth the risk for myself, our guests or the plane.

Here are some more great pictures from this season that guests are sending to me by email, if your picture isn’t here, send me one and I’ll get it on! 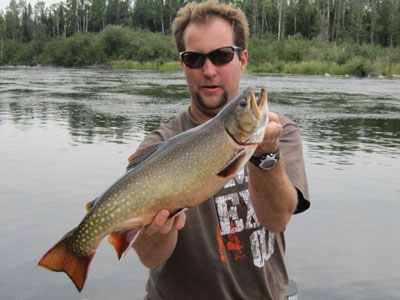 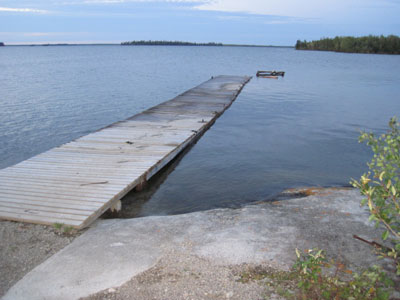 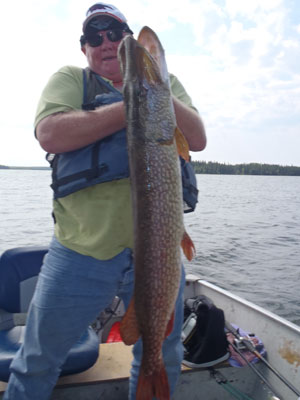 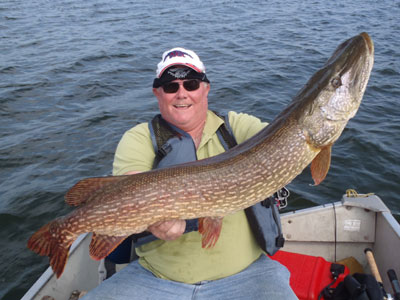 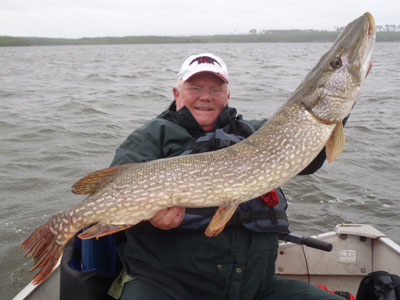 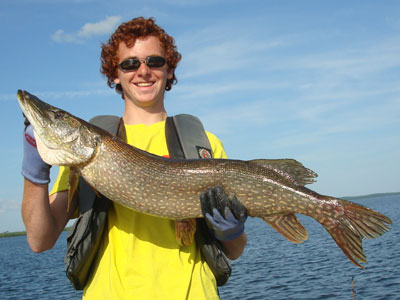 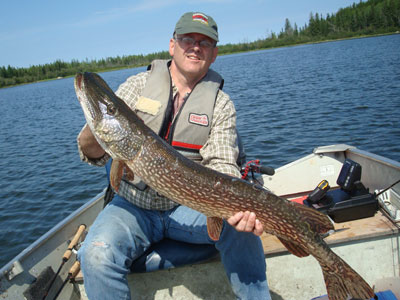 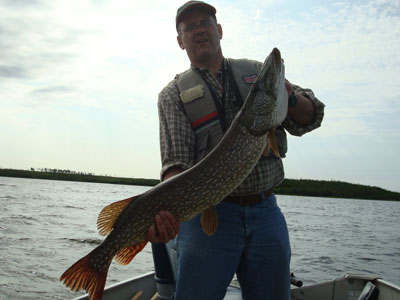